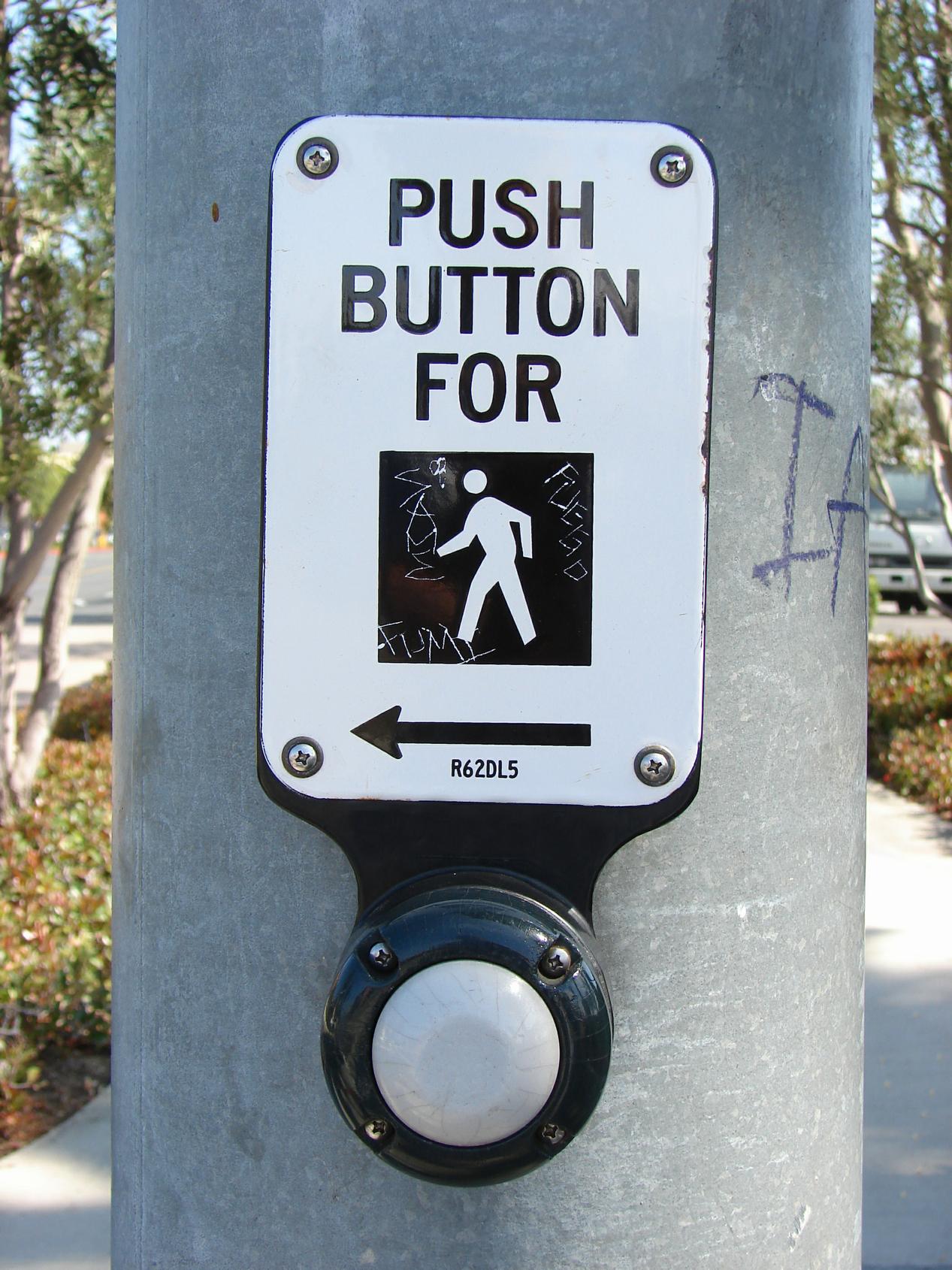 Once again the other day, I saw a guy at an intersection pushing the crosswalk button 14 times. He would most likely have pushed it and heard it beep a hundred times, but he was very close to the sequence and the light changed for him. I asked the question one time before, what is the optimal number of times to press the crosswalk button? Well, I think I know the answer. It is once. That is all that is required. All the rest have zero added value.

It occurred to me yesterday that when we want something, as in a desire, or a goal, what is the optimal number of times to ask for it? I think the answer is the same: once. Yet some people will continually ask, write them down, carry them around with them, and so on. But wanting impatiently has a tendency to work in a way we didn't anticipate. It keeps us on track for wanting. Not for getting. Once we know what we want, we only need ask once, and then turn toward receiving.

According to Abraham, Esther Hicks, when we ask, it is always given, and that Source Energy begins the process of helping that wanted thing to come to you, but they also say that we get what we think about, and even more appropriately, what we feel about.

“You get what you think about, whether you want it or not. By the powerful Universal Law of Attraction, you draw to you the essence of whatever you are predominantly thinking about." When we are thinking that we are wanting this thing or situation over and over again, the Law of Attraction will keep reinforcing the concept of wanting. Continual wanting is an affirmation of continually not having. Not having is reinforcing the wanting and it goes in a circle around and around and around like an endless loop.

I realized yesterday, that once we ask, we stop asking and turn away from the idea of wanting something that we do not have toward belief by seeing it in our mind's eye as already accomplished. Another way to say that is to trust that Source Energy, The Universe, God, is true to always say yes to a request, and knowing there is always some kind of time delay to it's actually showing up, we turn toward what is our job of focusing on receiving.

Think of it like the crosswalk button. How many times do we need to push that button for the crosswalk light to say 'walk'? The optimal number is once. It is the same with our desires or wants. Continually asking is purely impatience, but it is also an affirmation of not having, and continual thoughts of not having, attracts more not having. Simple.

So yesterday, I sat down and wrote out a long list of things and situations that I want, many I have wanted for a long time. Then I burned it. Then I let it go. Now I am focused on receiving and seeing in my mind's eye those things as if they are already accomplished. As I was out for a walk with Charlie, I was laughing with joy at all the images of those things flashing in my brain. It was delightful. And it feels so much better than wanting.

Trust Is An Amazing Tool.

Spread Some Joy Today–I'll bet you find a lot of joy in seeing those things that you want as if they are already here. I know I am.