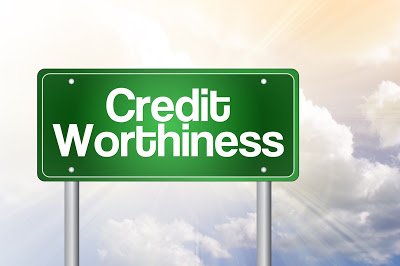 “Credit worthiness
is an oxymoron.”

I have rarely written about credit, debt, or finances. That is because I’ve felt that I have not been very skilled at this subject and all its surrounding sub-subjects. Truth is, I’m quite skilled at it; albeit, others may not want to follow.

In my study of United States history, I am of the opinion that the idea that changed our country the most is adopting the idea of the payment plan. It is not very old as history goes, coming into being only in the last century, but gaining speed and then in the 1950s, it grew exponentially, and then in the 1970s, it developed a mushroom cloud from the explosion that is still expanding and growing today. The United States became a credit economy.

This may be a bit simplified, but we do live in a world of credit. If not for credit, our economy would implode, and as in any explosive or implosive situation, there are plenty of casualties, along with plenty of opportunities, none of which is as great as from the perspective of the credit industry.

I grew up with little money. I watched my parents get credit and then not be able to take care of the obligations it tendered. I will never forget one Christmas where we had so many toys, bicycles, scooters, and pretty much everything we kids wanted or imagined. Then somewhat later, the collections people came to repossess as much of it as they could get. There went my new bike. Of course, today, they don’t do that anymore, but they do come after us in other ways.

I remember the first credit card I got in the mid-1970s and how proud I was to be able to have it. It was the new BankAmeriCard from Bank of America (before Visa and MasterCard), and it had a $300 limit. I thought I had made it. I worked in the car business selling Chevrolet’s and one of my customers wanted to pay for the entire truck with a credit card. No one knew what to do. It was unheard of. We called the bank and this customer had no limit on his card. He could buy whatever he wanted on his credit card. I was amazed at his prowess and stature.

After the 1970s, I learned how to live beyond my means with far more credit. I would charge one up, get another, and another, then turn those in for the lower rate ones, and then get a home equity loan to pay them off and then go again. There was always something I needed and wanted that I couldn’t afford, but with my good credit, I could.

My worthiness was tied up in credit. My credit score mattered a lot. I wanted out of debt all the time, and yet got so far into it, that I couldn’t even see daylight. We earned over $125,000 a year and it wasn’t enough to cover the debt properly, so I used credit cards to pay the credit cards. It was a stupid game. The whole premise of it was out of alignment with my Inner Knowing.

Then I decided to get off the merry-go-round for good. Since 2009, I have lived on cash. My business survives on cash. When I need to use a card for convenience, or some other reason like an online purchase, it is a debit card. I own no credit cards. If I don’t have the money, I don’t buy it. And, I did all of this earning a quarter of what I earned in the past. It’s hard to believe that I’ve actually done it, but I can tell you that it feels very good.

I’m not advocating not having credit. We live in a credit economy, and credit is not bad in and of itself. It is a tool when thought of that way. I’m only sharing one of the best lessons I ever learned–to stop living on credit and to learn to live on cash. It mattered to me, so I did it, but it took me over 40 years to get to that point of decision.

I obviously handled credit poorly, and yet, I was also encouraged at every turn. I like how Jason G. Miller said something in this regard: “In short, if you are using a shovel to dig yourself into a hole, a credit card company will be happy to give you a backhoe.” They did. I learned to use it. All my choice. I accept responsibility for my choices and actions.

This is already long, and I’m certain that I could write a book on the subject of money and all that I have learned about it. So what is the inspirational thought here? It is that I learned a valuable lesson. I made choices. I’ve accepted responsibility for them because only I made them. What happened happened. However, I can change my thinking, and modify my actions as I become aware of the desire to do so. I am so much happier now. Though I am still paying off some debt, I no longer feel like it is a crushing weight on me. I am no longer robbing Peter to pay Paul. I’m doing it in my personal life, and in my 9-year old business, which never had, and does not have credit or debt. I am thrilled to write that.

The Bigger Lesson Is That I Control My Reality. Always.

Spread Some Joy Today–by finding those thoughts within you that cause you to feel good. As you feel good, you will find more things to feel good about, until, you’ve got a good thing going.