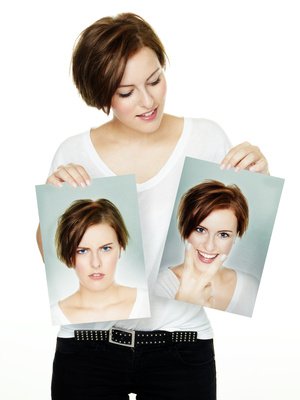 Mike Dooley is famous as his alter ego, The Universe at www.tut.com. I learned of him from the audiobook and the movie, The Secret. I’ve subscribed to his daily messages as The Universe since then.

Here was the most recent one which goes along with the one above extremely well: “Dominion over all things doesn’t come with age, spirituality, or even gratitude. In fact, it doesn’t come at all. You were born with it, and you use it every moment of every day, whenever you say, “I will. . . I am. . . I have. . .” And for that matter, whenever you say, “It’s hard. . . I’m lost. . . I don’t know. . .” Careful where you point that thing! Tallyho, The Universe.”

I’ve been told that the single most powerful phrase in the world is, “I am. . .” What comes after that phrase is telling and a predictor of an outcome. I have learned that it is just this.

I am a newbie to affirmations. Surely, I’ve known about them for 40 years, but one of my mentors that I followed, or tried to follow his ideals closely was Jim Rohn. He was known to say that “affirmations are the beginning of delusion. . .” or close to that. He was all about going to work and getting the job done. Consequently, for most of my life, I thought that it was about will power and ‘making’ things happen. I tried affirmations before but they didn’t make sense to me from the ‘I-am-in-charge-and-I-have-to-make-it-work’ mentality that I thought was appropriate.

Since then, I have learned a far more powerful way to move forward. It is as simple and yet as complex as ‘feeling good,’ and ‘being present.’ Affirmations are just a convenient and very powerful tool to change your feeling state to one of a more positive nature.

I was sharing with a friend today that I’ve recently adopted a great affirmation and that it has changed things from my own perspective. I shared it within the last couple of weeks. It is, “Things are always working out for me.” The key is to say it often and especially whenever the slightest negative or ‘realistic’ thought comes to mind. So, if money is not flowing, rather than focus on the lack of money by repeating the facts as they seem to be, I change it to ‘Things are always working out for me.” I say it until the lack thought goes away which is pretty quickly.

As a tool then, it is wonderful to put us on a better path toward that which we want instead of paying close attention to what we don’t want. It matters not what reality is, but it matters completely how we feel about it.

If What You Are Focused On Is Not What You Want, Or It Doesn’t Feel Good, Turn Away IMMEDIATELY Toward What You Appreciate And Like And What Feels Good. You Alone Have The Power.

Spread Some Joy Today–“Look for good things about where you are, and in your state of appreciation, you lift all self-imposed limitations.” — Abraham-Hicks