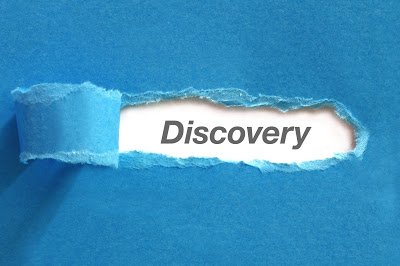 “I have never started a poem yet whose end I knew.
Writing a poem is discovering.

Why is the beginning the most important part of the work? I think Robert Frost said it so well: Discovery. Without a beginning, there is no discovery.

Some people fear beginnings because they cannot see the end. Some fear the end. They seek exit strategies ahead of time just in case once they are in, they may not like it as much as they think and want to protect themselves as much as possible when they decide to quit. But, they don’t get to experience as much as they could with that frame of mind at the beginning.

What’s going to happen when I marry? It will be the beginning. Along the way, will be discovery. But, when we project the end as a prenuptial does, we’re saying that we only want to see what we already know. Predictability is safe but boring. Allowing the discovery to excite you is the path to a great and wonderful relationship.

What’s going to happen when I start this business? It will be the beginning. Along the way, will be discovery. Lots and lots of discoveries. In my opinion, getting excited about that discovery is what success is all about. As long as the end is not predicted by an exit strategy, creativity can thrive.

Whatever it is that we are beginning, that is a great thing. It is great because nothing happens until we begin. Once begun, we must allow ourselves to experience the unknown, and as we do that with enthusiasm, and wonder, our journey is a delight. It is not necessarily all fun and games, as there will always be the contrast of what some call obstacles or problems, but how we choose to view that contrast will always determine how much further down the path we will travel.

I was talking on the phone with my stepdaughter on Saturday, and I said to her that she sounded cheery, enthusiastic, happy, excited, positive, and engaged. She said that she was, but she wasn’t positive all the time. I said, who is? I don’t think anyone is positive 100% of the time. There is sufficient contrast on planet Earth to divert us often enough. It is more about resilience I said, and she agreed.

Resilience is about getting back on the path, coming back to your joy, after visiting with contrast for a brief time. How we view that contrast lifts us or defeats us. That causes it to be brief or long-term. Resilience is measured by how soon we come back to the path, our joy, our goal, our delight, our enthusiasm.

Now, look at all that we are learning because we decided to begin!

Spread Some Joy Today–by following it wherever it takes you.