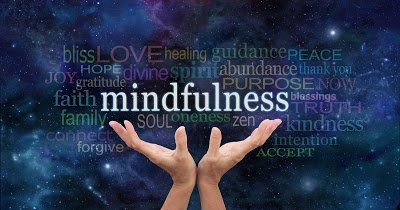 “Calmness of mind
is one of the beautiful jewels of wisdom.

A man becomes calm in the measure
that he understands himself
as a thought-evolved being.”

I guess you’d have to say that calmness of mind is a most valuable lesson that I am learning more fully as I continue to evolve, grow, become. I can clearly see the value of this serenity and peace. I am encouraging the allowing within me of its presence and fullness of spirit. I can clearly see the value of this not only for myself and my own peace, but of that as an example and encourager of others in what often appears to be chaos and unbridled reaction in the world sometimes.

In the world, it seems to take very little to set off a reaction, and then a chain-reaction magnifying this chaos, and often over things that are relatively insignificant, and often blown completely out of proportion and perspective.

I just watched a new movie release on DVD, and loved it so much, watched it twice so far. It is titled, The Congressman with Treat Williams. His honest and forthright response to accusations of wrong-doing were escalated to anger and hatred of something he had every right to choose. Granted, in this situation, there are forces in the background helping in self-serving ways to encourage maximum chaos via manipulation, and yet throughout it all, he remained in control, calm for the most part considering the flak, and secure within himself. To me, he was an example of the calmness that I endeavor in my own life, much of which I am so pleased to admit is well on its way to increasing fullness.

Then there’s the whole Kaepernick thing, which interestingly enough is also focused on a piece of colored cloth given far more significance than it deserves. Facebook, YouTube, Twitter, and the entire Internet is ablaze with ire and suggestions about what to do about it all, and with him. A little calmness would go a long way here, as it would and does in all volatile situations involving thoughts and people.

I used to have a sign on my wall (I have to change them out from time to time), that came from a CD seminar with Bob Proctor. I repeated this line in large letters several times on that sign: Reaction?. . . . Response! It helped me a good deal to pay attention to the fact that I often reacted thoughtlessly, when a thoughtful response would have been so much more appropriate and effective.

I’ll finish with a direct quote from James Allen on this subject from his masterful book, As A Man Thinketh, in the last chapter, titled, Serenity:

“Calmness of mind is one of the beautiful jewels of wisdom. It is the result of long and patient effort in self-control. Its presence is an indication of ripened experience, and of a more than ordinary knowledge of the laws and operations of thought.


A man becomes calm in the measure that he understands himself as a thought-evolved being, for such knowledge necessitates the understanding of others as the result of thought, and as he develops a right understanding, and sees more and more clearly the internal relations of things by the action of cause and effect, he ceases to fuss and fume and worry and grieve, and remains poised, steadfast, serene.

The calm man, having learned how to govern himself, knows how to adapt himself to others; and they, in turn, reverence his spiritual strength, and feel that they can learn of him and rely upon him. The more tranquil a man becomes, the greater is his success, his influence, his power for good.”

“Calmness Is Power. Say Unto Your Heart, “Peace, Be Still!” — James Allen

Spread Some Joy Today–My mother used to tell me to count to ten before I responded to something that upset me. It’s funny how wise that advice was. Now I don’t count, I just breathe deeply, close my eyes if I’m not using a chain saw or driving, and float in that temporary serenity.