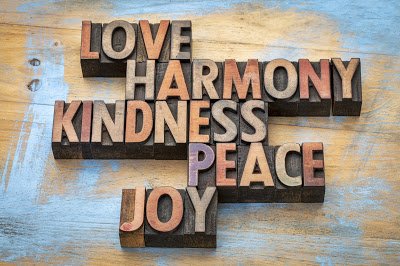 “Allowing
is being actively passive.”

This is the third best lesson I’ve learned in the group of lessons that has changed my life for the better, and not in a small way, but in a grand way.

It is also the third Law shared by Abraham, Esther Hicks in the basics of the Teachings of Abraham, from their book, The Law of Attraction, which was also my first introduction to their teachings. It is the Art of Allowing.

Simply stated by them, “The third Law. the Art of Allowing, says: I am that which I am and I am willing to allow all others to be that which they are. When you are willing to allow others to be as they are, even in their not allowing of you, then you will be an Allower, but it is not likely that you will reach that point until you first come to understand how it is you get what you get.”

This part resonated so clearly with me when I read, “Allowing is that which you have come forth into this experience to teach. But before you can teach, you must know. Ordinarily, this subject comes up more in the line of, “Someone is doing something I do not like; how can I get them to do something I do like instead?” And what you will come to understand is: Rather than trying to get the world to all do the same thing, or to do the things that you like, it is a much better plan to put yourself in the position of accepting that everyone has the right to be, do, or have whatever they want; and that you, through the power of your thoughts, will attract unto you only that which is in harmony with you.”

It was an amazing coincidence when I first read the first line in the last paragraph several years ago: “Allowing is that which you have come forth into this experience to teach. But before you can teach, you must know.” The coincidence was that I felt this was written from my own pre-intentions, that this was one of, if not the goal of my life here. And, it has also come to pass that I know, and that I teach that which I have come to know. Just writing that is fascinating to me.

I often talk about the value of and the act of practicing. Not so much the idea of learning a musical piece, memorizing parts of a stage play and such, but in the idea that a lawyer practices law, or a doctor practices medicine, or that an artist is practicing their art. In other words, as life itself is an ongoing journey, practice is that journey, so you could then say that our lives are lived in the practice of living. This is the Art of Allowing.

The first of the previous two most important lessons, was understanding the Law of Attraction. That is all that is required of that. It is. It always has been. It always will be, and it requires no effort of us. It functions equally with our acknowledging of it or not; however, there are massive benefits in realizing and understanding what it is and what it does toward a more joyous life.

The Art of Allowing is the most exciting to me. There are many ways to look at this, and to speak of it. One that I’ve often shared is that there is no way. There is only your way, my way, and their way, and that they are all ways. That sounds nice, but it is missing the key ingredient: Allowing. We can understand the idea, but not be willing to practice it, which would be the allowing part.

I think that the best way to summarize the Art of Allowing is Wayne Dyer’s famous definition of unconditional love. He said, “Love is the ability and willingness to allow those you care for to be what they choose for themselves without any insistence that they satisfy you.”

For this purpose I would restate it this way: “Unconditional love is the ability and willingness to allow others to be what they choose for themselves without any insistence that they satisfy me.”

The practice of allowing is something I practice every single day, all day long now. I see things that used to upset me, and now I simply allow them to be in the joy that they are choosing for themselves. It brings me peace. In fact, peace is a natural result of practicing allowing, along with well-being, harmony, self-empowerment, appreciation, joy, and of course, love.

Allowing Is Not Just Letting Go Of The Rope Of Resistance, But Letting Others Do As They Will With It.

Spread Some Joy Today–as you allow that joy to flow in you and through you spreading it with every thought you have.