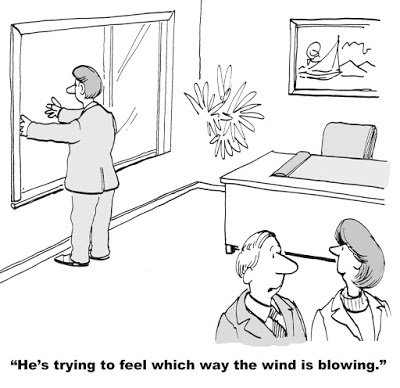 “Every subject
is really two subjects:
There is that which you desire,
and the lack of it.”


What you think and what you get is always a perfect vibrational match, so it can be very helpful to make a conscious correlation between what you are thinking and what is manifesting in your life experience, but it is even more helpful if you are able to discern where you are headed even before you get there.


Once you understand your emotions and the important messages they are giving you, you will not have to wait until something has manifested in your experience to understand what your vibrational offering has been–you can tell, by the way you feel, exactly where you are headed.”

Way back in the early 70s, I learned about Transactional Analysis from a ground-breaking book by Thomas A. Harris, M.D., I’m OK–You’re OK. I was drawn to self-help psychology because I wanted to understand about how I worked inside and how things would happen that I didn’t want, instead of things that I did want, and many other reasons. I have always sought the simple solution because it seemed to me that it had to be simple so that we could all understand it without needing a Ph.D. Transactional Analysis, or T/A, as it became known was a breath of fresh air in the simplicity of understanding human interaction.

In the same time frame, I was blown away by Wayne Dyer’s first two popular published books: Your Erroneous Zones, and Pulling Your Own Strings. They made T/A make even more sense; albeit, it a different but still very simplified way. I gobbled them up and was led to even more.

When I was led to be introduced to the Teachings of Abraham, via Esther Hicks, I found even more simplicity, but not just simplicity, but complete resonance with my desire to know and understand.

Two subjects was a very powerful lesson. I wanted financial abundance, but it didn’t come, and I was able to realize that it is because though I thought I was focused on abundance, I was continually accepting the current reality of lack of abundance. And, even more important, this idea of two subjects applies to every thing, whether it is love and fear, with fear being only the lack of love, wanting harmony, but choosing lack of harmony, wanting peace and choosing to fight, which is lack of peace, wanting more, and paying more attention to the current reality of more not arriving yet.

I recently put a new sign on my wall: Is My Focus On What I Want? It’s to remind me which of the two subjects I am paying attention to–what I want or the lack of it, because I know that I will not get what I want by paying attention to what I don’t want. They are two very different vibrations, and are therefore incompatible.

It’s probably not you, but you have most likely heard people, friends, relatives speaking of what is going wrong in their relationship at great length, but not talking about what they really want, which is the perfect relationship with unconditional love. Or, they are talking about how broke they are, or how this happened or that, how they weren’t at fault and these things just keep happening and they don’t understand it, and so on. What end of that stick are they focused on? The lack end. The lack of what they really want. And, if you pay attention, you will hear little or nothing about the other end of the stick.

Isn’t it so simple to see why they have what they have, why things seem to happen out of the blue, and more? If they had a diagnosis of an illness, they may constantly talk about fighting the illness, learning more about the illness, spreading the word about the illness, creating YouTube videos about it, and more. But, the other side of that stick is health, total good health–well being. How much talk is about that?

So, learning about this idea that every subject is really two subjects, the thing I want and the lack of it, or the thing I want and don’t want has been very powerful to me. It allows me to give up being a victim, which I spent a great deal of time perfecting, and I am guided to personal responsibility for my thoughts–not so that I can beat myself up about that, which is the wrong end of that stick, but to understand what is going on, where I am heading, and be alert enough to ask myself if this is okay with me. If it is, fine. If it isn’t, I know what to do about it. If I want something, I know what to focus on, and I will know what I am focused on by how I feel. When I’m focused on what I want, I feel good.

What I Really Want More Often Than Not, Is Joy.