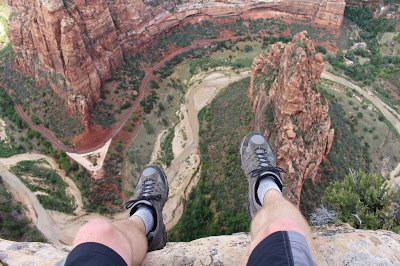 There is a movie in my collection that I haven’t seen in a while, so I watched it again. Isn’t it interesting how you may have seen something several times and each time see something different or differently? That fascinates me.

The movie is New In Town with Harry Connick, Jr. and Renee Zellweger, and it was filmed in one of the coldest places on earth, Winnipeg, Canada. What I saw differently this time began at the start of the movie when Renee’s character, Lucy, was in a meeting with her boss and coworkers (all men), and the boss was talking about a manufacturing plant in remote Minnesota that they needed someone to go in and cut the workforce by 50% and turn the plant into a mechanized, robotic plant. Lucy said that she saw the numbers and she thought that the plant should just be shut down and that it was a lost cause. But, the boss wanted her on site to get the work done, so she went.

Then it happened. Lucy met the people who run and work at the plant. She learned about their goals and dreams and how they lived and played and soon she began caring about them. This change brought her to the point that she staked her entire career on making the plant successful and eventually when the company wanted to sell the plant, she arranged to buy it with the employees.

Wars and hate are like this scenario. We are not in touch with actual people and merely see ideologies, strangely different modes of living, different beliefs, maybe different color skin, different climates, dress, languages. The further away we are, the easier it is to not only not care about them but to not even see them as people. We dehumanize them just as Lucy did in the boardroom at the beginning of the film.

I remember that I was told by my manager as I became a manager under him, to not get close to people because it will make it hard, later on, to let them go. The further away we get, the easier that is. That reminds me of another movie I love called Up In The Air, where the lead character goes all over the country firing people at large companies. It is easier to pay someone to come in from the outside than to do it in-house.

I’ve seen this in jobs that I’ve had, I see it in the government, the newspaper, TV. If you don’t know them, it is easy to not care. I remember when I was a young boy and my grandfather took me up in a Piper Cub airplane over southern California when most of that was farms. The people were so small you couldn’t even recognize them as people and the cars were even like dinky little toys.

Yet, the good news is that we don’t have to view the world this way, though so many around us may choose to. We get to see it however we want. We can see love. We can care about people, pray for them, lift them up, send loving thoughts whether it is across the street or the other side of the planet.

This All Begins By Loving Ourselves. In That Space, We Automatically Love Others.

Spread Some Joy Today–Lift two or three people up today. In person, or in Spirit.