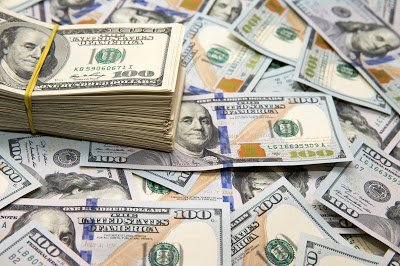 I’ve been playing a game called The Prosperity Game since the end of October last. I wrote about this back in that time frame. In their first published book, Ask and It Is Given, Abraham, Esther, and Jerry Hicks offered 22 different processes that people can choose to help them to get more control of their lives and their feelings. Money is a subject that affects us all and does so in so many different ways.

Many of us have had a lack-mentality, so to speak. In other words, money, or the right amounts of money allude us and we are always looking for more–sort of like looking out instead of in. But inside is where the issue of money gets all confused.

Process #5 is called The Prosperity Game. There are two versions. One is to put $100 in your pocket and mentally spend it throughout your day. I can buy this, I can buy that if I wanted, or I can afford that, and so on. There are so many little things we could do with $100, and it is simply meant to expand our awareness of abundance thinking rather than lackful thinking. If you saw 1,000 things that you could have purchased, you would have spent $100,000. So, what looks small can add up fast.

When I started, I spend all of the money on need-type things. Then after a few weeks, I began tithing to local charities I admire. Then I added another, another and another. Then I put another 10% away for taxes, and periodically paid more. So, 50% has been coming off the top since then. In addition, I have made investments, given gifts of money to selected people, and since my needs were met in the first 45 days or less, after the 50% off the top, I have let the rest accumulate for more grand tasks or investments.

I have learned so much from playing this game. It has helped expand my mind about abundance and has washed away a good deal of my old lackful mentality. But, I’ve learned even more important things too.

Right now, the balance in my account, after paying out 50% every day, plus other expenditures, is $22,704,850. It’s an interesting feeling to have over $22 million dollars in the bank, especially having spent so many millions already. And, a week ago, a thought struck me: I have more than enough money to do anything that I have ever thought about that I would like, every business I thought I wanted to create, all the luxury I ever wanted. In other words, anything and everything that I have ever desired is well under what I now have available. What a grand feeling that is.

Another thing that I realized was that everything that I have ever really, truly, strongly wanted to do, I have done. I found a way regardless of finances. I jumped over the obstacles, or I went around them, or through them, but they could not stop me from doing what I truly wanted to do.

Playing this game has opened my mind, caused a change in my attitude about money, created questions that cause me to look again at what I thought I wanted and what I thought was holding me back. I will keep playing the game to see what more I can learn, as it has certainly been quite enlightening to date.

Money Isn’t Everything. It Is A Lot Of Things. But It Doesn’t Rule As Much As We Might Think.

Spread Some Joy Today–by letting yourself relax, breathe, and enjoy your life.