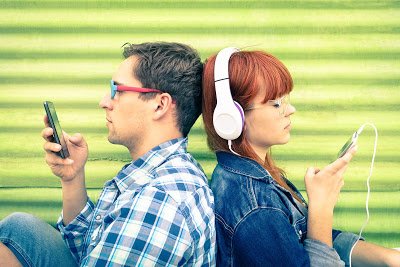 Posted on August 26, 2015May 10, 2020 by Terry Minion
“Agreement feels good,
yet there is something
wonderful
about disagreement too.
Of course, it depends entirely
on your current point of view.”
— Albert K. Strong

A couple nights ago, I watched a movie from 2007, Starting Out in the Evening. On a 5-star scale, I rated it a 3. Of course, the co-star was delightful on the eyes, but other than this, there was one scene that is memorable to me. I think it was memorable because I could relate to it so much. I’ve been there many times.

The grown daughter was in love with a guy and they had broken up once and were now together again. They broke up because there was a fundamental disagreement in their future of being together. She wanted children, and he didn’t want anything to do with that. They both felt strongly about that, so they went their separate ways.

The scene takes place in a line outside a movie theater. She is excited and chatting about the movie she wants to see again, and she is wanting him to feel the same way. He’s not feeling it. She tries to change his mind because she so wants him to feel the same way as she does and she wants him to enjoy the movie as much as she does. Agreement feels good.

But, she can tell that he is not into it at all and is basically killing his own desires to attempt to satisfy her, and yet, it is obvious he is struggling with that. I think because they had history and that major disagreement, she softens her insistence that he join her, and suggests that he see the movie at the same theater that she knows he really wants to see. He’s immediately elated. She can tell she made a great decision and will learn to be okay with it. They buy a ticket each to two different movies. End scene.

How many times in your relationships has something like this happened? Perhaps you suffered through without expressing your own desires. Perhaps you led the other into the pit of something they do not want to do just because you think it should be done together.

I was married twice. Once for 16 years and the last for 26 years. I’ve had hundreds of situations like this in my own experience. I guess that’s how I could relate to it so much. What usually did not happen in the earlier times for me was agreeing to disagree. Because it is marriage, we think we should compromise whenever necessary. In other words, pretend to agree. In later times in the last marriage, I made my desires more clearly and with love, held on to some independent decision making and activity.

It is nice to agree but to think that any two people, married or not, could agree all the time on everything is silliness. It will never happen. Why? Because we are individuals coming together to share–but not to dominate. Compromise is okay as long as both are in agreement on the compromise, but compromise for the sake of saying we’re in agreement is more silliness.

There is something special about disagreement if you can allow that thought to entertain. Consider this regarding the above movie scene. They go to their separate movies, and later they go to dinner and ask each other questions about their movie experience, such as, “What did you like about that movie?”, “What was your favorite part?”, “Were there things that you could relate to in the movie that mirrors or suggest things about your own life?”, “Who were your favorite characters?”, “Why?”, “How was the acting. . . the direction. . . the scenery and costumes…?”

As we stand in disagreement, and as we have interest in the other’s point of view, we can learn much more about each other and enjoy each other so much more than if we simply compromised and did the “right” thing. Often, in my own experience, the thing to do is the “healthy” thing by allowing disagreement and even finding agreement within it.

I Have Learned How To Agree To Disagree And Be Good With It.

Spread Some Joy Today–by allowing yourself to feel good.