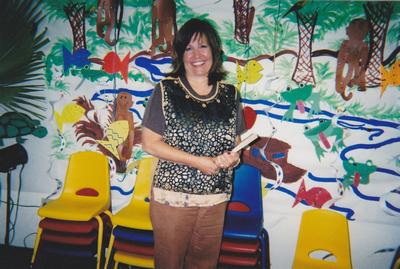 This quote caused me to immediately relate to what it is saying and the first person I thought of was my late wife, Nancy and her becoming at age 43, in 1996, a children’s leader at church, later becoming an official pastor and Children’s Director.

She struggled with the male-dominated auto business. She was sharp and smart and most capable, but the male ego is so threatened, so she encountered a lot of what would now be called blatant sexual harassment. So she switched to the dental assistant and office manager work. This was like rolling off a log for her and presented little in the way of challenge, and it paid poorly. 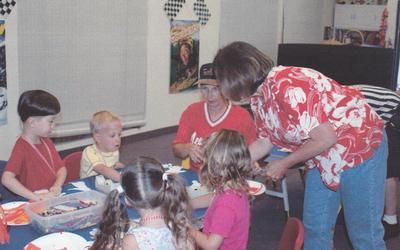 But, it 1996, we went to a church that was just two years young and the needs were obvious, and within just a couple of months was working with the children and creating a children’s church with specific curriculum for teaching rather than just watching and keeping the children entertained. 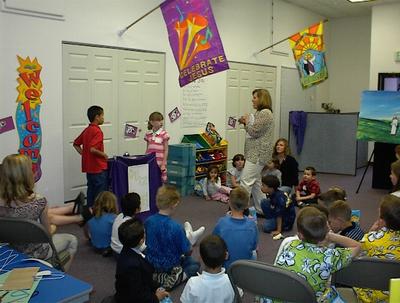 Early 1999. Since Nancy has been on a couple of TV game shows,
she did a teaching set up like one of them. How fun.

She found her gift, and then she began immediately giving it away. At the beginning, that meant literally since there was no money to pay her. Later, she earned $300 a month, and at the end, 15 years later, still less than $25,000 a year. So money was not the least motivation. It was a calling for her, which is one way to say finding your gift.

At nearly the same time, I became actively involved in the sound department and worship music so we were in the same building but in separate places most of the time, yet there were many opportunities that I could observe Nancy at work in children’s church. 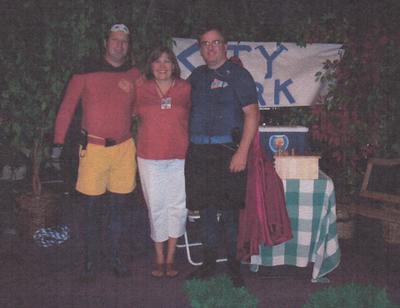 Superheroes in more way than one

VBS, or vacation bible school, was the biggest event of the year. Each year it seemed to grow. She took over the entire church for a week every year, using almost every room. There might be between 40 and 110 kids depending on the year, and she got as many adults involved as she could and often encouraged them to dress in ridiculous costumes for skits, including the senior pastor and his wife. Many things were built by volunteers and it was a very involved process that Nancy controlled extremely well. 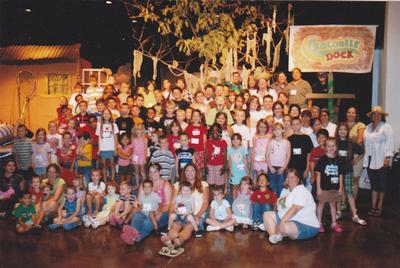 One of many VBS events. Nancy on right with hat. 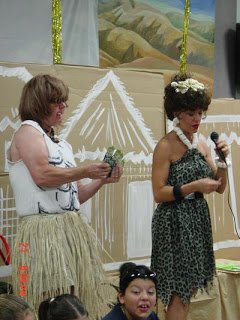 Senior pastor and his wife as Flintstone characters

She used to fret over it many weeks in advance. There were times when she would say, ‘no more VBS!’ It wore her out, but next year, she would be right back at it and even more elaborately. 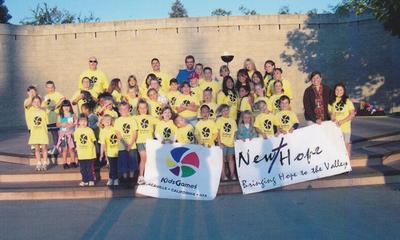 Beyond other events like Christmas and Easter, and a few others, she would focus on teaching the children every week and in the last many years worked at the church full time all week long. She took it all personally and always insisted on a strong portion of the church focus be on the children. 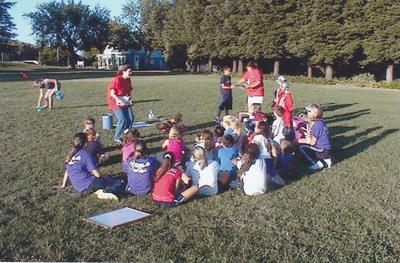 She gave her gift away and all were beneficiaries of that love and passion. She found her gift and gave it away. It took her 43 years to find it, but find it she did.

I ask myself if I have found mine. I think I have. I am and have been giving it away for many years now. I find joy in it. Now looking back on Nancy’s life, I see that she was a shining example of finding your gift and then giving it away.

Have You Found Your Gift? Are You Giving It Away?

Spread Some Joy Today–Allow your passion to flow through you today.