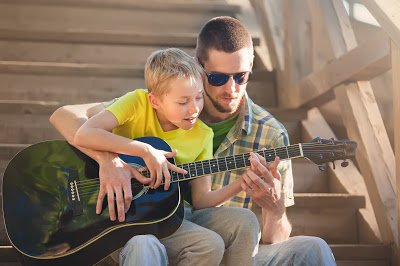 Posted on August 22, 2017May 10, 2020 by Terry Minion
“Pity the man who inherits a million dollars
and isn’t a millionaire.
Here’s what would be pitiful,
if your income grew and you didn’t.”

“Unless you change how you are,
you will always have what you’ve got.”

You’ve read about it and maybe seen some examples on television where someone won a huge lottery and within a short time, they were broke. “Pity the man who inherits a million dollars and isn’t a millionaire.” Many of us have always thought it was about money, but it isn’t really.

I’ve also heard the thought that if the country’s wealth was gathered and divided equally, it would be back in the same places in a very short period of time. Again, because it is the thinking, not the money that creates the accumulation or the spending.

Personal development is too soft a phrase to use here. A better one is growing as a person as in expansion, enlightenment and character building. Jim used to like to say, “watch what you become in pursuit of what you want.” Or he might say, “It’s not becoming a millionaire that matters as much as what you become in order to get the million.” It was expressed sort of as a warning but really was an encouragement.

I’ve been in sales management in one capacity or another for about 35 years and I’ve seen a lot of people who wanted to be the sales manager–to be in charge. Almost none of them would do what it took to get there. Those that got there without the willingness to become what you must become to do well as a sales manager, were obviously poor at it. I found as Jim said that it is more important what I became as a result of the job.

You’ve probably heard the three bricklayer story. One is laying one brick on top of the other with mortar in between. The other is building a wall so long and so high. The last is building a school where children will learn and play. You could use the word attitude. That word has taken a beating over the last 20 years or so, but it is true. Attitude is so important because it makes such a difference in what you become in pursuit of what you want.

Of course, the way of all of this is that in order to change, we have to change. Seems like such an obvious thing, but how hard it is to get to that final decision point and then move beyond it to the actual change. The really good news is that we all can do it and have the power. All we really need is the desire.

It seems like I have always been in a state of becoming. I have grown to love that state. It is a powerful thing to become, don’t you think? We’ll just keep going down the path of becoming together. I have realized as you may have that it is not a destination, but a journey. There’s actually a lot of peace and comfort in that. I hope you feel that as well.

I’m On A Journey Of Becoming!

Spread Some Joy Today–Pretend that you have a million dollars in the bank today. Feel as you would feel. Is there a smile permanently etched into your face? A joy welling up inside? Or just a calm, confidence that others can feel? Share it.