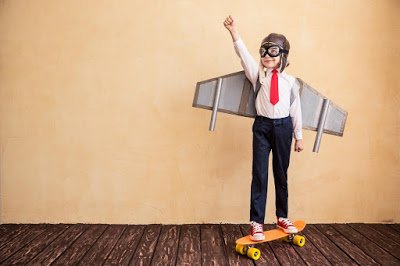 Early yesterday morning three of us were having a conversation. One was talking about the price needed to pay to do well. That phrase hit me because I’ve heard that so many times from so many people as if it isn’t easy and the price means that it is costly, or another way it is often said is that you have to put your nose to the grindstone and work hard, some even add other hardships like you have to work hard into the night, or pay a higher price than anyone else and other such statements. I used to believe that and may have even promoted that idea myself, but no more. My clearest statement about success now is that if it isn’t easy, it won’t get done.

So much of the sales and management training, personal development and so on that I’ve been through talked about the 3% factor. They say that 97% fail, only 3% “succeed” by earning plus or minus 10% of what they spend. And, then they talk about the 1% that is financially independent. Who wants to join a club where only 1 or 3% succeed? The truth is everyone succeeds. Everyone acts based on their internal highest values.

Jim Rohn was one of my earliest mentors about business after hearing him on a cassette tape back in 1980 for the first time. He is one of those that promoted the hard work of it all, but he did it with humility and style. Here is an excerpt that speaks volumes about success and how it is easy and needs to be easy, and it was matching his desires with his highest values that caused this to be true in his life:

I have learned that if it is going to get done, it needs to be easy, otherwise we will have to rely on external motivation all the time. Sales prospecting has to be fun and easy or it won’t get done consistently. I love my work, and that makes it not work, but fun and so it gets done. It must speak to our highest values to get done, and the good news is that if we want to, we can link the things that don’t seem like fun to our highest values, thereby making them fun. Then, they will get done. As Jim says, success is easy. Or not. Guess which one works consistently?

Spread Some Joy Today–by letting go of all the struggles in your life. Just for today. Pretend you’re wealthy and don’t have to do anything. Now go do what you enjoy. It is even possible that is what you do for a living!