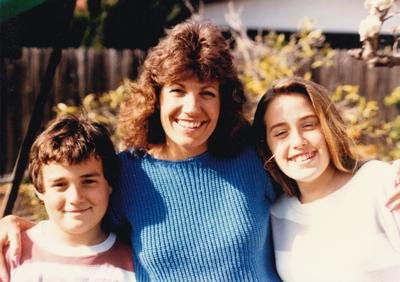 Good day. Continuing my open celebration of just some of Nancy’s life, I’ve talked about how we met, her as a children’s pastor, that she was for the birds, she loved plants and put them all around the house inside and out, and how Hawaii was more than just a meeting place, but a theme in our relationship. Today, I will share a bit about two of the most precious and special people I know: her children.

When Nancy and I met on April 30th, 1987, she had two children. One she brought on the trip with her was her daughter, age 14, and she also had a son two years younger. By walking (falling) into a special relationship with Nancy, I was gaining two children, one a teenager and one on the verge. This idea might scare some, but I didn’t flinch. After meeting Alisa in Hawaii and spending a bit of time with her, I knew it was perfect. 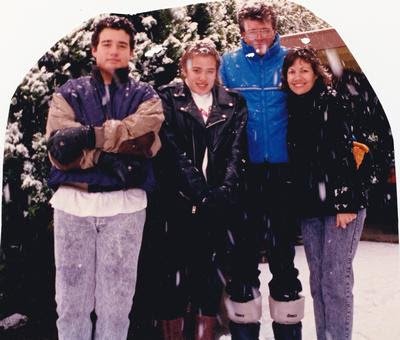 Winter 1988. About 1 year at the Minion place.
Haven’t seen snow since then. It is very rare here.

To say this was a whirlwind romance is true. We met, spent the week together, then a couple days later we’re engaged. Within less than two more months, they were moved into my home. That was a lot to get used to for everyone, but especially Alisa. I know exactly how she felt because I have been in a situation very similar several times in being uprooted and thrown into a different area, no friends, knowing no one and adjusting to a whole new living dynamic. She hated it. I’m not being kind. She hated it. 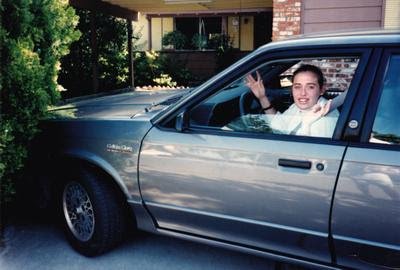 Alisa is trying to get the 20 degree turn into the carport.
Going in is easy, but the backing up part appears to be an issue.

Moving from progressive and cool southern California to the backward and uncool scenes in northern California was torture. The harder one holds on to where they are not any longer, the more pain they inflict on themselves, but she had to experience it, as I did myself also moving from SoCal to NorCal.

Guy was living with his father for a time, but within just a few months, he was up here as well. He hated it too. He had some strange living arrangements and he and Alisa did some serious testing on me. Guy seemed to test more than Alisa, but it was okay. I understood their pain–or at least, part of it. 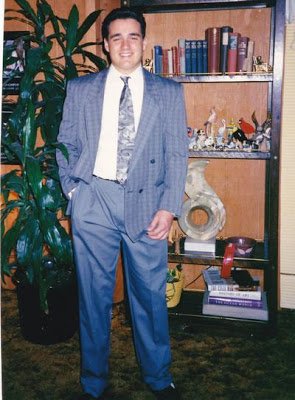 In a relatively short time, we became a family. I made it clear to their father and to them that I wasn’t trying to replace him, but I would love them and be there to help them in any way I could. I have sincerely done my best in that role and with that philosophy. I love them as if they were my own blood. I’m proud of both of them. 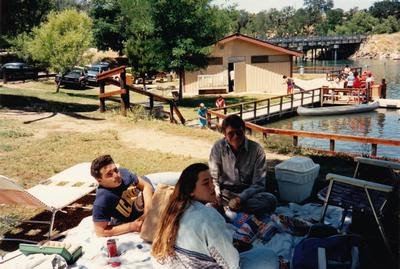 Guy is brilliant. I can’t say it any better. He gets it from his mother. Quick witted, extremely well spoken and deep thinker. He has a mass amount of knowledge to draw on and enjoys expressing himself in writing. He is a highly skilled writer. I am a writer, yet he is more skilled than I in my opinion. He gets that from his mother too. She was so good at writing that it amazed me constantly.

Guy is fearless. He travels the world now and has no trouble being alone in his travels to unknown places in unknown and stark circumstances, even in hostile environments. He is trained as a paramedic, but can do things that can only be done by a doctor in this country by working in other countries. He wanted that opportunity. 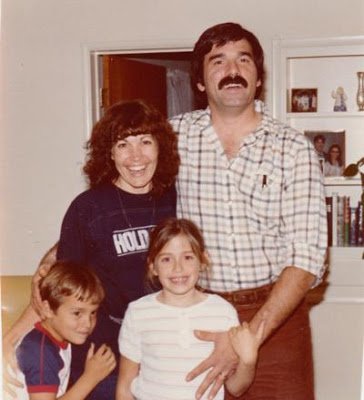 He and his wife put themselves through college. They now have two children and live in North Carolina. Nancy would typically travel there at least once, if not twice a year.

Alisa is brilliant as well. Also getting it from her mother. She adapts quickly, learns the ropes and applies herself at whatever task or position she accepts. She has been a store manager, even training store managers, and now works at the Jewish Home in San Francisco where she lives. 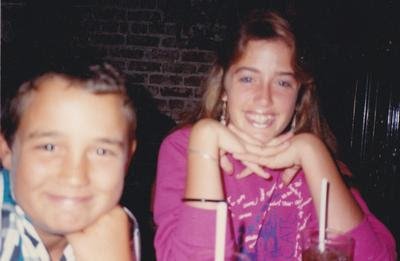 A bit blurry, but I love this shot.
They have the same smiling eyes that Nancy has.

I think Alisa loves her mom more than anyone else. She is very sensitive and pretty and has been through a lot and yet perseveres. She has a lot of friends and stays in touch with a lot of them all over the country. She has been so helpful in dealing with medical issues and Medicare and such with Nancy. I was lost and she had the answers and the follow through to get it done. I was like a deer in the headlights much of the time.

I got lucky. I got to meet these two wonderful people and be a bit of a post in the ground for them. I’m still in the same house they came to 26 years ago. By the time I was 33 years old, I had moved 43 times in my life, so sticking around one place for a while was important to me and I’m sure it was for them. Even if it was Fairfield, CA. It wasn’t their favorite place, but that’s okay. 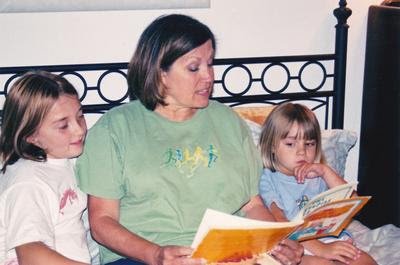 Grandma Nancy with her two grandchildren,
Joslyn (left) and Sophia. Always the teacher.

Recognition was something that I realized was very important to Nancy. She wanted recognition for her service at church, the things she did to improve her children’s lives, and those around her, and much more. She got some of it. But, if you took everything that Nancy ever did away and all she ever did was bring these two marvelous creatures into the world and raise them so skillfully and lovingly, that would be more than enough. Anyone who meets and gets to know Guy or Alisa is automatically giving Nancy the highest recognition possible. Everything else is a pale shadow.

We Bless So Many, Known And Unknown Through The Lives Of Our Children.

Spread Some Joy Today–Celebrate your children, or those of someone near. Spread the joy of your love and watch it gleam in their eyes.