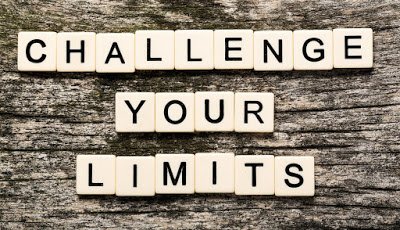 Posted on August 14, 2018May 10, 2020 by Terry Minion
“Opportunity never knocks.
It hangs thick in the air all around you.
You breathe it unthinking,
and dissipate it with your sighs.”
— Roy H Williams

Opportunity is a perception. One might perceive that opportunities are limited and that there isn’t enough of them to go around, or one could see them as grains of sand in the Sahara Desert, so plentiful that they remain uncountable, and all the perceptions in between. It is also a personal view, adding to a personal belief and philosophy that has an effect on much of what we do, and the choices we make or fail to make. Yet, it is not static. It can change, and as it is changed, results and effects are changed.

I was talking with an upbeat young man about job hunting and finding work and different ways to go about that. A common approach with young people is to have them go out and get applications and fill them out like throwing spaghetti against the wall and hoping something sticks. A numbers game.

Here are some things I shared with him. First, I’ve hired a lot of people and I would never, ever, run an ad in the newspaper. Why? Because of the dribble, I have to wade through in order to find a decent candidate. I tried it a few times so I have experience, but never again and not for the last 25 years anyway.

Second, there are so many who just go into popular places and pick up applications. What a waste of time generally, and the odds of winning at that are slim. Again, it’s a numbers game, and the numbers are not in one’s favor with this path.

Third. I’ve had a lot of jobs and different kinds of experiences and I can think of only two positions where I ever filled out an application before I got the job. All the others, I filled it out after I got the job. I think many young people think that doesn’t make sense, but it makes all the sense in the world.

Fourth, it is who you know. We all need somebody. Put the word out in a lot of different ways of what you might be looking for in the way of an opportunity and it is amazing how this person knows that person who knows this person who thinks there is an opening. It’s called networking.

Fifth, find some ‘centers of influence’ and get to know them. These are people who know a lot of people and who are benevolent and excited about helping others to succeed. Many are entrepreneurs and they appreciate gumption and self-starters.

Sixth, why follow the path everyone else is on. There are so many businesses that need part-time help from electrical contractors to auto dealers to light manufacturing to beauty shops to you name it. Forget the mall because everyone and his brother are going there, find a different path. The opportunities are endless.

And seventh, what about starting your own business? This is especially good for freedom of time to work around school schedules and more. The point is that there are so many ways that are ignored, or just not thought of, and networking is the first place to start. Of course, the same things apply to adults looking for a job or opportunity.

What We See Is What We Get. But, We Can Open Our Eyes And See Much More.

Spread Some Joy Today–There is such joy in new ideas and new excitement! It’s the best.