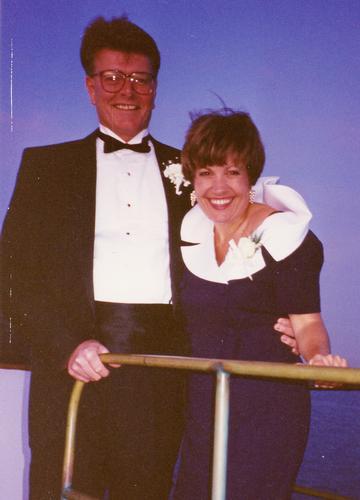 Let the measure of time
be spiritual, not mechanical.”

Yesterday morning, my partner of 26 years died in her sleep. She had ALS and was diagnosed in January 2012. This fact came sooner than expected, and was inevitable based on the disease. I miss her already and yet I am thankful that this came sooner than later. The last few months have been hard seeing her dwindle away bit by bit.

I haven’t missed a Daily Inspiration message for almost four years, but yesterday, I just wasn’t up to the task. Charlie, her dog and I went ‘over the hill’ yesterday afternoon with her along on her favorite ride in spirit only this trip. We’ve done that two-hour trip about 150 times this year, so I thought it was a fitting way to spend part of the day she left us.

Today I am celebrating Nancy and her life. Pastor Nancy was the children’s pastor at New Hope Christian Fellowship in Vacaville for 15 years before her retirement due to the disease in March 2012. She cared for those kids from 5 to age 12 like a momma hen.

She abhorred the idea of baby-sitting the kids while their parents were in the service. She developed curriculum that was the best teaching she could muster and made it so entertaining that the kids loved it. She has thousands of photos of the kids in VBS (Vacaction Bible School), and so many other events on her computer. She was always taking things from home, buying things for the kids and making something special out of very little. The Children’s budget was always small and somehow she always made it work.

A new church was built and most of it happened during this last recession causing all sorts of money problems. She wanted a playground for the little kids and it wasn’t in the budget. After she retired in March, 2012, some of her teachers and helpers began calling the playground ‘Nancy’s Dream,’ and they sought donations and on June 30th of this year, they dedicated the playground fully paid for through donations to Nancy. This was a huge thrill for her and the plaque they made touched her so. 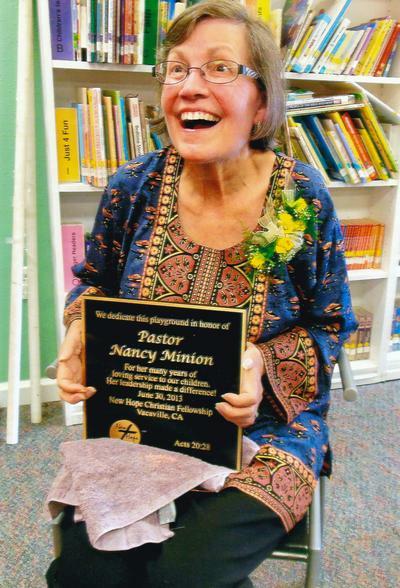 We were together 26 years after meeting in Hawaii in 1987, and the majority of our time together, she was very focused on the kids and church and during that time studied to become an official pastor and then an ordained pastor. She spent an average of 60-70 hours a week at church during the day and often in the evening with other events. To say she was dedicated is to say it mildly.

There is much to celebrate about Nancy’s life. This is just a small portion of what made her special to many.

Spread Some Joy Today–Find ways to celebrate each other often.