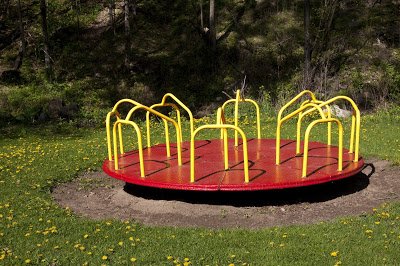 I have a back problem. My back demonstrates the problem through various symptoms, and especially lower back pain from doing even mundane activities where I am bending over even just a little bit, as in doing the dishes, vacuuming, yard work. I take Ibuprofen and that helps a lot, and I even take it ahead of time if I know I will be doing something that will create back pain. I’m not looking for any sympathy, I assure you. I have been to the Chiropractor periodically for the last 30 years, and that helps a lot too.

But, the problem is not my back. That is only a symptom. I can treat it as I’ve described above, and get temporary relief, but not a cure. No, the problem is not with my back. It is in my front. In recent years (that sounds shorter than it really is), my front has grown. In fact, it has grown to the point that I’m sort of lopsided. It is the front that is the cause of the back, and so by treating the symptoms, though there is temporary relief, there is no cure. To move toward a cure, I must focus on the front and treat that. And, of course, I love treats, so that will be easy for me.

I tell you this dreadful story because so often we are treating the symptom of something and the cause is somewhere else entirely. I’ll give you a real-life example from my own life.

I didn’t have the money to buy something that I wanted, so I put it on a credit card. I valued credit so much that the more credit I had, the richer I thought I was. I was somebody when I had a $10,000 limit on a credit card. I had made it. I was playing in the big leagues. So I got more. $6,000 on that one, $4,500 on this, $2,500 for that chain store, and on it went. It got up to just over $80,000. So I bought, my wife bought, we played the game well. Then, the symptoms got worse. The interest was eating up almost all of the payments and the balances weren’t going down. I placed my value in the wrong place for sure.

The cure was somewhere else entirely. It was in changing my values; changing my thinking about money and what it meant to me, how I no longer wanted it ruling my life because it certainly was. The merry-go-round was spinning faster and faster and I was dizzy and sick to my stomach. I jumped. And, it changed my life. Though I walked around still dizzy for a while, the road ahead became clearer and brighter, and most important of all, loaded with joy.

For so many years, I was treating the symptoms. Too many cards with high balances? Get a second mortgage and pay them all off. A fresh start. But, the symptoms remained. I still had the cards and now they had lots of credit available. Heck, I’ve bought the house I’ve lived in for 28 years at least six times, maybe more.

I was insane, which Einstein so aptly stated is doing the same things and expecting a different result.  Until I truly decided to focus on a cure, I was hopelessly lost in a sea of misguided attempts at a cure. The symptoms were easy to deal with. There were so many people that would help with that. They offered all sorts of misguided cures, but all they really had was Ibuprofen.

It might seem that this change would take courage and stamina. Not really. What it took for me was allowing myself to feel free again. I thought that I was free because I had money and lots of credit, but in that I was mistaken. Freedom is not without, nor is it an action or a thing. It is a feeling, and allowing is the way to feel it. I decided that I loved myself enough to make the changes so that I could love so much more.

Spread Some Joy Today–look for your own cure rather than treating the symptoms.