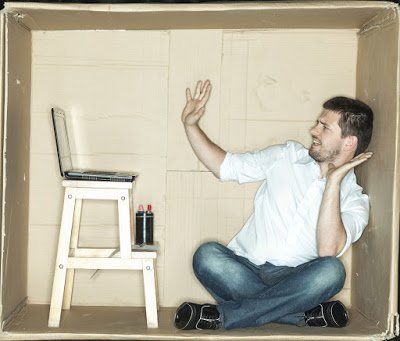 Posted on July 31, 2016May 10, 2020 by Terry Minion
“The real voyage of discovery
consists not in seeking new landscapes,
but in having new eyes.”

I was thinking about yesterday’s post about the value of anger, and then flashing on how so many people get caught up in a story about themselves that doesn’t serve them. Well, the truth is that it does serve them, but they may have gone to sleep and aren’t paying attention.

Then, that song from My Fair Lady, I’ve Grown Accustomed To Her Face, popped into my head. Or rather, I should say that the melody for the first line popped into my head, but it was attached to these words instead: I’ve grown accustomed to this place. Of course, like so many musical interludes in my head like that, it refused to leave.

When we tell the same story, we get the same results. It’s always moving because everything is energy, but it keeps becoming that story again and again. I’m sure you know people who are like that, where their story is that all these things are just happening to them without their control.

That is how a story keeps drawing the same results. The energy, or the thoughts and feelings are the same, though the circumstances may change slightly, and like it is on cue, in rolls more of the same vibrational situations to match what is offered.

It always works. It doesn’t play favorites. We ask, we receive. But, the good news is that good news comes the same way and in the same quantity and quality of our asking energy. So, paying attention to what we want is of primary importance.

Some might say, I don’t know what I want. But, I think that we always do know. There’s really only two choices. Do we want to feel good? Or, do we want to feel bad? Abraham, Esther Hicks say, “If you’re not selfish enough to want to feel good, then you can’t connect with the energy that is your Source which does always feel good.”

So, like yesterday’s post where he or she says, “I’m mad as hell and I’m not going to take this anymore!” is such a powerful tool to pry ourselves out of our old familiar story. First, we decide we are finally tired of it, then we create movement by moving up the emotional ladder step by step toward feeling good.

That’s how those people I know that tell the same story over and over again can escape. Here’s where a simple and yet extremely powerful tool called an affirmation can be of help too. Here’s a really good one to get started with: Everything is always working out for me!

So, instead of, I’ve grown accustomed to this place, we can change our tune to, I’m sick and tired of this old place, and then to, I’m looking for a better place, to, I’m more myself in this new place. . . and all of that movement comes from the simple decision that we know that we want to feel good.

Energy Is Constantly Vibrating, Moving, Changing. We Are Energy.

Spread Some Joy Today–by allowing yourself to be in that place.