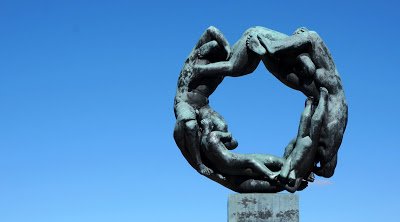 Posted on July 27, 2017May 10, 2020 by Terry Minion
“Compassion
is the keen awareness
of the interdependence
of all things.”
— Thomas Merton

This Tuesday, a movie was just released on DVD titled, Absolutely Anything, and I watched it last evening. It continually amazes me the things that I see in movies that are inspiring. And funny.

What’s also interesting is that the movie was released in 2015 and according to what I’ve seen to very poor reviews. People said it wasn’t funny. I laughed quite a lot through it and laughed wildly in some parts, and so the only reason I can think of that it wasn’t funny to them is that they were taking it seriously. It is not even close to a serious movie; however, it has beautiful and helpful inspirations and observations. In my opinion, of course.

It’s a silly story of so-called superior beings who enjoy destroying things. Now, that’s not really a new idea, is it? The head leader is played by John Cleese and delightfully so. They determine to destroy Earth after finding a satellite that has exited our solar system depicting the human form in a drawing. But, these destroyers have rules. Hmm. . . it’s getting more familiar with life on Earth already. . .

They randomly choose one person and give that person the power to change absolutely anything, hence the name. They want to see what this person does with that ultimate power and depending on how it is used, they will decide to destroy Earth or let it be.

The character played by Simon Pegg is chosen, who is a so-called typical human. Kate Beckinsale plays the woman Simon is drawn to that lives a floor below him. Simon lives with his dog Dennis, who is given a voice by Simon when he recognizes the powers he has been given, and that voice is none other than Robin Williams.

I very much enjoyed this silly flick, and yet here are some things that I culled from its lowly-rated dialog and concepts:

Superior Beings. An interesting concept played out throughout human history, one over the other with all manner of purported distinctions chosen by those seeing themselves as superior. At the same time, those who see themselves as less than get what they see too. There’s something for everyone there.

Power. We have far more power than we give ourselves credit for. We have so much fear that we fail to see our power and fail to make good use of it, and more often than not, we are giving that power to others over us for all manner of reasons, yet the power remains; albeit, in the closet.

Communication between humans. We make assumptions about what others may or may not be thinking or feeling about us, who we are or what we do or represent. Assumptions create so many problems that kill communication when if lifted, we would find that we can live in harmony and in joy. As we assume, and as we imagine, we cover real communication in gooey, sticky, sludge. He likes her but never says anything and instead tries all sorts of trickery. Same plan, different people, and circumstances.

What we want. Often we are not very specific about what we want. Simon wanted to be inside the bus but he landed in the engine compartment, then he rephrased and ended up on the roof, and finally, he was specific enough to get inside the bus. Silly example, but so true about our own desires. What we say we want is often not what we really want–at least not specifically. And, even then, it all works best when what we are being specific about brings us pleasure, or feels good, and when it is not, we can back off to how we want to feel and let the Universe direct the rest.

Interdependence. We are interdependent. It is said that one drop in the ocean changes the ocean. As we want so much, that is not a problem until what we want damages or negatively affects others. There is always more to be concerned about than simply ourselves, and yet as we are aligned with our inner being, our truth within, we can be self-serving and serving all others at the same time. Broad strokes often are not very considerate on minute details of unrecognized importance. Everything is important in some way because every single thing is part of the whole, and all has an effect and a role to play.

These are just a few things that I gleaned from this funny movie. It brought me some lighthearted joy and some wonderful lessons as a bonus.

Spread Some Joy Today–by laughing at yourself a bit today, taking light the loads that you try to carry in your seriousness. Let it flow.