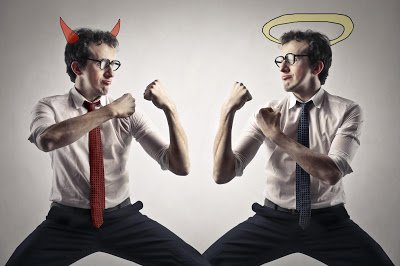 My oh my oh my. My head has been swimming with conscious thoughts this morning, and here the morning is at an end and I still haven’t posted my inspirational message. I could have started much earlier, but because the simple goal in every single post is that it need be inspirational in some way, and my thoughts didn’t seem so inspirational to me this morning, I just went with it until something made sense.

This morning I had thoughts on recent politics in the United States, wars around the world and the whole idea of war to begin with, how history hasn’t changed all that much, how rampant the ego is now and in all of history, and that it is normally attached to a penis, how it takes courage and peace to share, have those you’ve shared with reject you, and to not take it personally, and more. Whew! That’s a lot.

So, I’ll take the last one–taking things personally, and the courage and peace it takes to let go of that rope.

I grew up in the 50’s and 60’s with the Ozzie and Harriet Show, and I was a huge fan of Ricky Nelson. I always loved in when he would sing a song on the show, and Hello Mary Lou, was a great hit for him and a song that I love. Much later, as an adult, he wrote a song called, Garden Party. I never knew the meanings of some phrases in that song until I looked it up on Google today and found a Wikipedia site all about that song. Garden Party refers to a concert at Madison Square Gardens in 1971, where when he played his version of a Rolling Stones Hit, Honky Tonk Women, he was booed. He is said to have taken it personally and left the stage and didn’t return. The song, Garden Party, is a compilation of some things from that concert.

Later still, I got the chance to see Ricky Nelson and his band at a Lake Tahoe Nevada casino/club, where he played Garden Party and many other songs. He was trying to focus his performance on his newer material, but about half way through the concert people impatient for his old hits started yelling, “play Mary Lou.” Watching his reaction to this, and by the way, I was amazed it was happening and thought it was incredibly rude of all those yelling in the middle of his concert, you could see he wasn’t liking it at all. He took it personally and left the stage for a time. He did come back, and he did play the song they wanted. It was an interesting experience to see that.

How many times in my life I have reacted poorly to criticism, demands, and even suggestions from others, and found myself feeling crappy is unknown, but it was a large number I’m sure. I’ve mostly let that go. For me, it has been a huge project to achieve that. I feel that feeling only once in a while now, and for a very short time; whereas, it the past I would feel it and rehash it for days on end. But, one thing I know for certain, and can shout from the mountain tops, is that there is such a freedom in releasing this taking things personal response.

Some think that they can control others using this kind of intimidation. But, as Abraham, Esther Hicks points out, “you have no creative power within the lives of others, for they are offering their own vibrations, which equal their own point of attraction, just as you are offering your own vibrations, which equal your own point of attraction.” The best part of that to me is that I cannot help or control what others choose to think or say, or how they may choose to act. That is not my issue. It is their issue. Only they can think their thoughts. I cannot. I cannot sway their thoughts. They must change them for themselves whenever they are good and ready, if at all. I am not having a problem, they are, unless I choose to accept their thoughts for me instead of my own.

The old saying, sticks and stones will break my bones, but words will never hurt me, is incorrect. Words are the most powerful things because they are vocal expressions of our thoughts and beliefs. So, it is easy in our wanting to please everyone we can attitude to give them more credence than they deserve. Just like when the phone is ringing, we are not obligated to answer it, whatever someone thinks of us, or what we do, needs no response in kind, and certainly no resistance.

How does one get to this place? Love. Take to heart what the Course of Miracles teaches as it’s primary agenda: There is only love. Everything else is a movement away from love. We love people for how they are, what they choose to think, how they choose to act. We respect their ability to choose. We need not agree with them, or join their cause, but love would respect their choices for themselves. At the same time, we love ourselves in that we have that same ability to choose.

What You Think Of Me Is Not My Business.

Spread Some Joy Today–by allowing everyone to be who and what they choose to be.