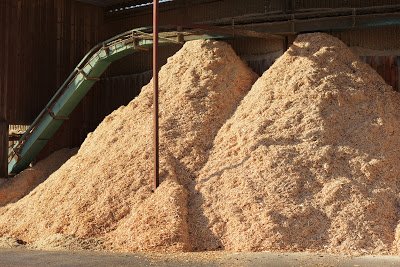 Posted on July 15, 2016May 10, 2020 by Terry Minion
“The smell of new office supplies
is so satisfying while being
kicked out of Staples
for inappropriate behavior
with a file folder
is so embarrassing.”

I was walking through my living room and I caught a whiff of what I thought might be a perfume that I remember liking, but it was sadly a short experience. That caused me to think of aromatherapy.

Over two years ago, I bought some Scentsy products at a vendor show to try them out. I’d heard about them, and $60 later, I was going to experience wonderful odors dominating some of the rooms in my house. I tried several of the melting bars that seemed to smell good to me, and found my favorite after a couple years of trying several to be called Cinnamon Bear. It reminds me of that Christmas-time cinnamon bark boiling in the pan smell.

But, even though it is good, it is nowhere near my favorite. So, I mentioned to the main person I buy these from that it would be good to have more scents for men. Of course, I know why they don’t waste R & D monies there–that market is insignificant to their normal female market. At least that’s my supposition.

What would I like? I want eau de sawmill, eau de carburetor cleaner, eau de strawberry smell urinal ice, to name but a few. Oh, when I was a mechanic in the Air Force, I loved that 5 gallon can of carburetor cleaner. Sadly though, like gasoline fumes, which I’ve often enjoyed a waft of, breathing certain chemicals are not conducive to good health–at least that’s what they say. It doesn’t stop me from loving that smell though.

When I walk Charlie around the bank property (one of his traditional favorites), there is one spot where I get a quick, short burst of landscaping bark odor. What a glorious smell. It is so close to the sawmill smell, which, I have to say, is among the best smells on the planet. I’ve been known (not lately, as I’m trying to be good) to go to the feed store, buy a sealed bale of wood shavings, take it home and put it in a box and lift the lid periodically while inhaling. Covered, it lasts for weeks.

Oh, and that strawberry urinal ice. . . I haven’t seen or smelled that in a long, long time. It must have lost favor with the powers that be. A reasonable second in that smell though is Shaklee At-Ease natural scrubbing cleaner, although it is best when it is new, and it isn’t new very often because it lasts so dang long.

And now, it is summer. Another smell that I adore is someone nearby barbecuing. It’s not the same smelling it in my yard, but I like that too, and it even gets all over me, on my clothes and skin and speckles on my glasses. How many hundreds of times I’ve barbecued has not been recorded, but it is many.

Then there are the restaurants. Near the bank is a barbecue placed called Kinder’s. Love walking Charlie near that place! Yum.

And, of course, one of my long-time favorites is eau de wet concrete in the hot sun. I think it reminds me of being a kid laying face down on the hot wet deck around the plunge at the park smelling that combination of chlorinated water, concrete, heat from the sun, and my body at the same time. Washing down the driveway is about as close as I get nowadays. Still, that is pretty dang good on its own.