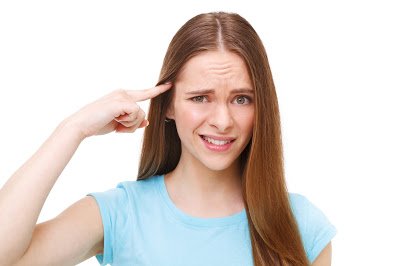 I was just listening to a recording from a Boston event with Abraham, Esther Hicks where I gleaned the above quote. It was interesting to me because there were two main topics in this recording, one about asking a child (or anyone for that matter) about something they are no longer connected to, such as, “how was school today?” and such, some time after they have left that event. It was quite insightful in suggesting that we not burden others with questions like that, and especially ones that may have some negative responses.

They often are negative responses mainly because they are no longer connected to that experience, and because they may have likes and dislikes about it too. For example, the child enjoys some of school and interactions, and yet very much dislikes the lack of freedom, or the lack of individuality, and so on. So, when asked about the day and not being able to think of something worth sharing, the child may simply shut down, or try to blow it off, as in saying, “it was okay,” or. “nothing.”

This caused me to consider when I ask such questions and open myself and the other to a negative and probably uncomfortable exchange. I will pay more attention now to the kinds of questions I might ask and also when I ask them.

The other valuable topic in the recording was about how when someone has decided to be a positive person and how they want to avoid negativity in general, but sometimes they enjoy certain things that can be construed as negative by some. The example in the recording was a woman who loved to sing certain songs, but the lyrics in the song were not positive lyrics that she would write, but combined with the music, she receives a glorious feeling and loves to sing out loud. She was concerned that maybe just saying the words was bringing negativity on to herself. This is where the quote at the beginning came into play.

It has more to do with how we are feeling than what is being said, or what we are saying, or anything else. Esther Hicks was mentioning that one of all of our inner desires is to feel empowerment, to feel empowered, and that she was feeling good singing the negative sounding lyrics because she could perhaps feel the empowerment that the original artist, or lyricist was sensing by expressing that situation they were in and how they felt about it.

Based on my own past experience, I think that many may want to pay so much attention to every word out of our mouths or written down be positive and to suck back any negative thoughts or expressions. But the key point here is that this act doesn’t feel good. It is fear. It is being overly concerned about the thoughts or the words and not paying better attention to how we are feeling. If it isn’t feeling good, that is an indication that we have a powerful desire for something other than what we are now experiencing. And, the best way to move toward that is to just let go of the rope or let go of the resistance we are experiencing there. This then, allows the better flow of emotion into our experience.

I love how these two topics came together in one recording because they are so similar in real life. We may often ask questions, that we would realize if we were paying attention, would cause us and the other to feel poorly in that interaction. And, we also can become fearful about expressing negativity, when it is better to focus on how we are feeling. In both of these, as in so many other interactions with people, and circumstances, we all want to feel good. That is a given. And, that is the ultimate solution too.

Spread Some Joy Today–by finding the feeling place of joy.