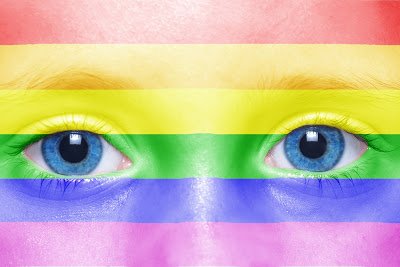 What day is it? What time is it? It only matters if we agree, and we only agree with some sort of system, and there have been a lot of them since the recorded history of time and dating. But, we made it all up. Many times. We changed it again and again. We can change it now if we wanted to agree to change it.

I was looking at the date on the calendar and thinking that it is only the first of July, 2016 because many of us have agreed to this label or this reality. I could call it something else, and because so many believe it to be the first of July, I would immediately be at odds with them. Then, if I believed in my label instead of theirs, I might want to start a movement toward gaining their agreement. If I could gather some followers, we might have more power together.

But, it’s reality they would say. This is the first of July. And we would say otherwise and that ours is reality–we might even say, a better, more enlightened, more modern, more up-to-date reality. We would say that the NAI of the Universe gave it to us, and they might say that it was NOG, the real and only true NOG that gave it to them, making it the only real date.

Enough of this silliness. We just make stuff up. True and simple. We make stuff up. We do it all the time. There’s nothing wrong with that. It is what we say it is, even when we disagree with what we say it is. Which makes reality a very subjective idea rather than an objective idea. On some of our reality, we agree, and on some, we don’t agree. No big deal. There’s room enough and space enough for every reality on this planet. If enough of us allow others to have their reality independent of ours. And, no matter what, that process begins with one chooser.

As I was looking briefly at the newspaper this morning, I was thinking that all of the problems in the world begin with one person disagreeing with another, then it can escalate to a group of people disagreeing with another group of people. All of that would be fine. Disagreement isn’t a bad thing, It is, in fact, a good thing. Where it goes sour is when we believe that our reality is the only reality that is real and their reality is false and fake. And, then it gets messy when we try to enforce that edict on them, creating thousands of skirmishes large and small all over the globe. It’s just one person’s reality versus another person’s reality. Both are reality. Both are valid. We can agree to disagree. That is allowing.

Spread Some Joy Today–by being more allowing of other people’s points of view–their reality. Allow them to choose for themselves in the same way that we feel we have the right to our own reality, our own NOG, our own NAI. Peace is often thought of as harmony or complete agreement. That is not possible. Peace is really only a lack of resistance. It is letting go of the rope. It is allowing. It is love. It is joy.