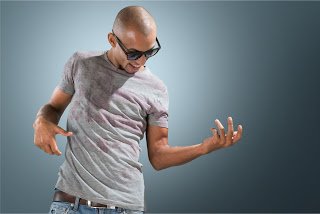 A few nights ago, we went out to dinner, and there just happened to be a single musician playing 12-string guitar and singing for entertainment. He was quite talented and had memorized a lot of songs, since he played and sang for two hours with very little space between songs, and some with no space. I really enjoyed what turned out to be a 5 or 6-song medley flowing from one to the other. The first two were sort of a natural choice, but the others made it very interesting in how he weaved them together.

I love 12-string guitar too. As a guitar player, I know that a 12-string is harder to play. You have two strings to push down with each finger instead of one, but this guy made it look like it was the easiest thing in the world.

For what he was doing, he did very well. He also had quite a range on his voice to add to the whole of the performance. There was one thing that I noticed though, not offering it as criticism so much as just to point out how someone with that talent might improve the sound considerably. It would be to pay closer attention to and to appreciate more fully the space.

It has often been said that the space between musical notes is more important than the notes themselves. In my mind, I would say that they are equally important, but that the only thing that makes it music, or at least makes it worth listening to is the spaces.

In music there are a lot of ways to describe space, and notes and how they may combine well, or not as well. Attack, rest, tempo, beat, syncopation, and so on. If I were to point something out about this music that I enjoyed over a great dinner, I would say that the corners were rounded off. What would have improved it would have been some sharp edges here and there–those kind of periodic starts and stops, sustain and abstain, along with more dynamic nuances.

Those changes would have made it a great performance instead of a good performance. That is often the difference between a cover and the original too. It takes more time to prepare, but the time invested is worth it.

I see how this applies in much of what we do in our lives. We can even be very good at what we do or what we are doing, and then with just a little more attention, take it from good to great. Some might say, “well, they aren’t paying me to give it that much attention,” but, what we get out of it is only part of the story. If we’re putting something out there, it is more beneficial to all concerned to give it the best of ourselves. It is also how we grow and become more, to expand and be more influential.

We All Choose Our Spaces.

Spread Some Joy Today–by sharing our best self with all the others that we come into contact with, or communicate with from a distance. There is joy in that sharing.