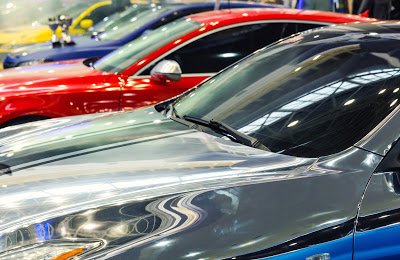 I was thinking today of the car business and being a sales manager. Car and truck inventory was always a fascination to me and I was also amazed at how other sales managers viewed inventory. Since no dealer can be big enough to stock everything, trading units with other dealers is a very common thing, and at one point I remember averaging about 25 dealer trade calls a day. That’s a lot of work and time spent looking stuff up and if they actually decide they want it, working out the trade details.

I’ll never forget one sales manager who wouldn’t take a unit I had in stock. This is what he said to me: “brown, brown, stays around. I have no use for brown.” I burst out laughing thinking he was just joking around, but I found out how serious he was about never stocking anything brown. I guess he will just have to miss all the profit from those brown ones I was selling.

Another dealer wanted only one truck. It had to be a 4×4 Extended Cab 1/2-ton pickup. And, the kicker is that it had to be white and only white and it had to have a gray interior. I could just see his fleet of white Extended Cab trucks and nothing else on his lot. Of course, all the profits went to me and our dealership on all the other colors we were selling besides white. . . and brown.

I used to have so much fun with inventory and learn more possibilities. One dealer wanted a unit and I asked him in return for the morphodite he had on his lot. I wanted the unit that everyone refused to sell or couldn’t sell. I got a pretty strange truck, and I challenged my staff to see if they could sell it when the other dealer couldn’t. It was gone in less than two weeks and at a nice profit too. You just never know what can be done until you do it.

Later, working for a truck body company, I took an order for two 8′ service bodies with a cargo bed enclosure to cover the cargo area. Our wires were crossed somehow and they were produced as “low pro units,” meaning the top of the side boxes was lower than the standard body. I do admit that this combination with the cargo bed enclosures was unusual, mainly because dealers didn’t order them that way. The manager at the dealership who I had known for some time was so upset. I was surprised at how upset he was. I agreed to work on getting them out of his inventory, but within two weeks, he sold them both to one customer. He refused to replace them thinking it was a total fluke. But, I have learned over the years that everything sells if you don’t block it from selling.

Isn’t it interesting how we argue for our limitations? We take a thought and by repeatedly thinking of it, this becomes a belief and then we say it can’t be done. But, it can be done by those who think that it can be done.

In What Ways Are You Creating Your Limitations?

Spread Some Joy Today–Yes. Do that. It will be amazing how that returns like a boomerang.