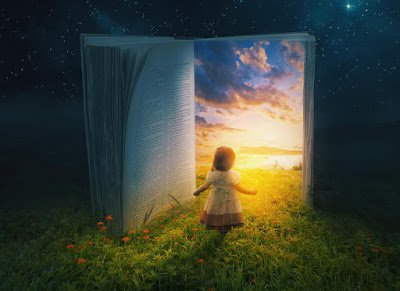 — Nick Campbell played by Owen Wilson
in the movie, The Internship

Nick said this quote above to Neha, the young female intern who talks and acts like she has done so much for her young age, yet she admits to Nick, “I’ve only read about this stuff, okay?” She said she talks a good game, but hasn’t actually done anything. She’s just imagined it. So Nick says, “For whatever it’s worth, your imagination is so wild, reality’s gonna be a breeze, if not a letdown.”

Consider this statement by Abraham and Esther Hicks from a workshop recorded in Houston, Texas: “We’re going to give you a very powerful statement: Everything that you will someday live, in terms of life experience–and by some day, we mean as soon as right now, tomorrow, the next day, or someday–anything that you will someday live, you have first imagined. Because nothing will manifest in your experience without the imagination process happening first.”

I like what Pablo Picasso said about imagination: “There are painters who transform the sun to a yellow spot, but there are others who with the help of their art and their intelligence, transform a yellow spot into the sun”

Considering how stuck Nick and Billy seemed to be in their lifestyles and struggles, it was their ability and willingness to imagine that allowed them to inspire their much younger team and at the same time, become leaders instead of just doers. They understood that they could choose, then imagine it into reality.

Just Imagine It–Whatever “It” Is To You. Give It The Energy It Deserves.

Spread Some Joy Today–Inspire someone.