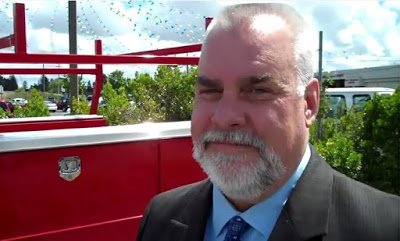 Posted on June 22, 2015May 10, 2020 by Terry Minion
“You can say things like,
“As I look at successful people,
and by that I mean rich people,
yes, and I mean happy people,
and sometimes they’re rich and happy.”
But when I’m talking about the successful ones,
what I really mean is the really happy people.
People that are really joyful,
that want to get up every day,
that are eager to get into their day.
Almost without exception,
they had a pretty rough beginning,
which turned them into a powerful rebel initially.
And then they found a way to relax
into their natural birthright of Well-being.”

Photo cropped from a walk around video shot in 2011

This post is dedicated to my dear friend, my best student, an inspiration to me, a dedicated father and husband, massively successful salesman, and an entirely delightful human being, Greg Martin.

When I read this quote that just came to me this morning, I immediately thought of Greg. He says that I taught him everything he knows about commercial truck sales and management, but that could never be true. He brought plenty to the table from the time we met in 1989 and I immediately began convincing him to come work for our team. He now leads the way at Platinum Chevrolet in Santa Rosa CA. (www.PlatinumChevyTrucks.com)

You know how I know this? Because I know plenty of people, even in a similar time frame who are lazily mediocre and generally unsuccessful in comparison. I taught some of them too. Yet, Greg shines because of him. I could be an influence, but the rest is up to him.

This applies in all of life’s tasks and intentions. Anne Frank said, “Parents can only give good advice or put them on the right paths, but the final forming of a person’s character lies in their own hands.” I think the best we can do is give the best we can give and be the best we can be and leave the rest to them to use as they see fit. In other words, to let them go and let them be on their own. And, celebrate with them as they find their own sense of well-being.

Mother Teresa said, “Love begins at home, and it is not how much we do, but how much love we put in that action.” So true. Whether teacher or student, parent or child, employer or employee, I believe, and have lived with this philosophy. So, if it could be said that I brought anything worthwhile to the table, it is love. As I have grown, that has become well-being in me. I see that same thing in Greg.

So, today, I celebrate my friend, Greg. He stands on his own as we all do, with the influence of the accumulation of his own experiences and thinking, having found his well-being that we all truly want more than anything physical. His only responsibility, if I can call it such, is to influence others toward their own well-being by how he thinks, and how he feels, and how he loves. Jesus said, “You are the light of the world,” and for us to “shine our light before men.” This he does. Thank you, Greg.

Here’s To Everyone’s Own Well-Being!

Spread Some Joy Today–by shining your light and sharing your love.