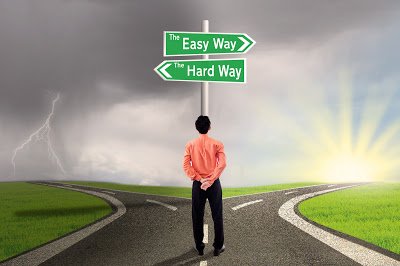 Posted on June 18, 2015May 10, 2020 by Terry Minion
“Make an executive decision,
then act on it with boldness.
Regardless of how it turns out,
it will be far better
than thinking it to death.”
— Albert K. Strong

Henry Ford so matter-of-factually said, “You can’t build a reputation on what you’re going to do.” All the best thoughts and decisions have so little value without action. Accomplishment requires activity.

A decision to change something is limp without activity following the decision. Let’s say that I want to quit smoking, lose some weight, get more physically fit. I’ve made the decision hundreds of times probably and then remained the same or even made it worse by continually focusing on the problem and not the solution. The solution requires–no, it doesn’t simply require–it demands action. Dr. Martin Luther King, Jr. so eloquently encouraged us to “Take the first step in faith. You don’t have to see the whole staircase, just take the first step.”

When I get my mind in order; that is, aligned with what I really want, then I make that executive decision, and take even the weakest of action, I am on my way. The more aligned my thought is, the stronger the action will be, but the less strength is required. Action alone is all work and no play and has limited results. Aligned thought with action makes accomplishment a delight.

Even The So-Called Wrong Decision Can Be Far Superior To No Decision At All.

Spread Some Joy Today–by deciding to simply enjoy yourself today regardless of what is going on. Let’s hear some praise and appreciation in that self-talk!