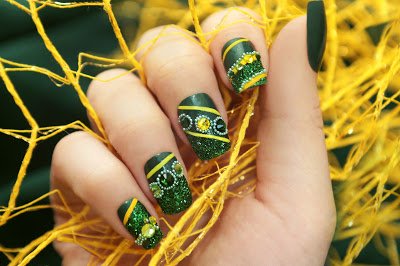 Posted on June 12, 2017May 10, 2020 by Terry Minion
“If we clearly realize that the creative power
in ourselves is unlimited, then there is no reason
for limiting the extent to which we may
enjoy what we can create by means of it.”
— Thomas Troward


I was brought up as the eldest of five in an environment of lack. The common complaint was that there wasn’t enough, yet the reality is that there was always enough. A better way to say it was a lack mentality, or there was a focus on lack, or always looking at the glass as half empty on its way to empty.

I didn’t really know any better than to think those same things and then throughout my own life, I chanted similar sentiments, continually reinforcing the lack. Luxuries were a rare event for sure, but looking back, I see clearly that there was always enough and that it was this attitude, or way of looking at things that created a consistent flow of more of the same.
It is only now that I am thinking differently about this by ignoring what is, and focusing on opulence and generosity, which naturally means that there is more than enough so that there is plenty to give away. One thing that has helped me is a short piece by Thomas Troward called, The Spirit of Opulence. I’ve shared the entire piece previously, but today I want to share just a bit to reinforce what I am saying about my purposeful change in attitude.
I’ll start with this short quote with bold highlights that are mine: “The spirit of opulence–the opulent mode of thought, that is–consists in cultivating the feeling that we possess all sorts of riches which we can bestow upon others, and which we can bestow liberally because by this very action we open the way for still greater supplies to flow in. But you say, “I am short of money, I hardly know how to pay for necessaries. What have I to give?”
“The answer is that we must always start from the point where we are; and if your wealth at the present moment is not abundant on the material plane, you need not trouble to start on that plane. There are other sorts of wealth, still more valuable, on the spiritual and intellectual planes, which you can give; and you can start from this point and practice the spirit of opulence, even though your balance at the bank may be nil. And then the universal law of attraction will begin to assert itself. You will not only begin to experience an inflow on the spiritual and intellectual planes, but it will extend itself to the material plane also.”
I have taken this wonderful advice written in approximately 1921 to heart and have concentrated in the last several years on practicing the spirit of opulence by giving most generously in many ways other than in dollars. There are many who concentrate on nothing other than dollars, and I think this is so limiting. I am so wealthy in so many ways and it is a sheer joy to share any and all of that wealth in the spirit of opulence.
I Highly Recommend This Practice!
Spread Some Joy Today–Realizing that you have spiritual wealth is the embodiment of joy sharing capacity. Focus on your wealth to realize you have more than enough to share.