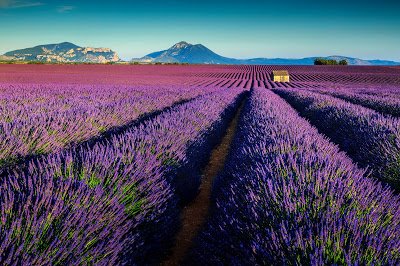 You’ve probably seen or heard the phrase, lack mentality, or lack mindset, or, limiting beliefs. We all have beliefs. A lot of them. Some are helpful and some are not so helpful. Having a lack-mentality is one that is not helpful. It is a limiting belief, and yet it is prominent in our world today and throughout history.

As I learn more about myself, I have paid more attention to my thoughts, and especially my lack-oriented thoughts. I want abundance. I want abundant thoughts and I have many of those, and more of them all the time as I grow in my expanding awareness of the natural abundance of our planet and our universe. I don’t want to think about what I don’t have, wish I had, worry, and such, and yet, it is there. It is there because I have had a great deal of input from my parents and the world in general to support the idea of lack and not so much about abundance. It is my strong desire to really know abundance that has led me to attract teachers that support me in a better way.

I recently bought two books that are helping me look at those limiting beliefs I’ve carried with me through my life. One is short, easy and delightfully titled, The Abundance Code, by Julie Ann Cairns. It is about 7 predominant money myths that most of us have heard and experienced many times in many ways, such as an old saying like, “money doesn’t grow on trees, time is money, and others. I am enjoying the information and it is putting some of my lackful thinking into words and mental images I can easily see reoccurring in my life.

The other is somewhat more academic by Peter H. Diamandis and Steven Kotler: Abundance – The Future Is Better Than You Think. I’ve only just stepped into this book and I can already see how helpful it is to realize that abundance is the rule and lack is the myth, though our world often reverses that.

Then, as I was thinking about how to share my thoughts on this subject this morning, I remembered one of my favorite movies because it makes me laugh out loud every time I watch it: Be Cool, which is a sequel to Get Shorty. Both excellent. I had never thought about that movie in this way, but I thought that the movie is all about lack and abundance mindsets. Chili Palmer has an abundance mindset. He sees possibilities all day long and isn’t fearful to step out with confidence in an abundant result, while all around him is fear and worry and lackful thinking, as in what can’t be done, shouldn’t be done, and more. It made me laugh to consider this new insight into this movie and to see it from that perspective.

When you’ve got some financial issues (and it need not be financial as it can be about any lackful thoughts), and you have assets you could sell, do you think of doing that? Even if you aren’t acting on it, do you think that? I have done that so many times in my life not realizing that this was lackful thinking, my limiting beliefs about money and about having and not having, stress and relief and more.

As I was pacing my office, which I do when I am just thinking about things, I was having some of those thoughts and I realized that I was having them. I recognized them as my limiting beliefs in action in my mind. All of a sudden, Chili Palmer’s ultra-confident and massively abundant statement came to me: “We’re not selling anything!” I started laughing again. I’m talking joyful laughter where the smile takes a long time to fade from my delighted face.

This is a definite indication that I am not quite “there yet.” I am certainly a work in progress; however, I have made significant progress! If nothing else, I am aware now of these limiting beliefs, and how they come in and try to take over my mind. I watch them come in and watch them for a while and then I find the benefit of their visit. It is often to remind me to pay more attention to what I want instead of what I might have at the moment.

Lack And Abundance Have Two Things In Common: Awareness And Choice.

Spread Some Joy Today–because every single moment is a new opportunity to choose joy and something else. Which one feels right to you?