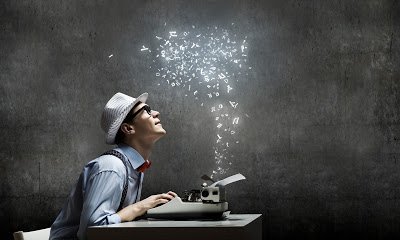 Back in early 2011, I finally decided to write the book, Commercial Truck Success. I had accumulated a lot of knowledge on the subject over many years and thought it might be of value to others. As I tried to write, I struggled to get words on the page. So, I had an idea. I asked a friend who was at the time an editor and a writer if we could do some vocal sessions with a recorder and then transcribe it into the book.

I actually thought that was a good idea. We had several sessions and as I spoke, answered questions and so on, what I heard coming out of my mouth vocally sounded pretty good. It was fun too. I knew the subject, and I spoke about it easily. But, writing it seemed like hard work in comparison.

Finally, I got some of the transcripts of the sessions. As I read the words, I wondered who the heck that was. It wasn’t me. It was someone else. It wasn’t clean, clear and crisp, it was all over the place and hard to follow. It sucked. I mean, it really sucked.

That’s when I decided that if I was going to write this book, I would have to actually write the book. Once I got that spoken word transcribed to the paper idea out of my system, the resistance I was experiencing went away, and the words became a book.

The value of this experience was that I learned so much in the process. I became a student as well as a teacher. Though my great idea of dictating the book was terrible, I learned how the spoken word has value in other ways. It is certainly possible and there may be many who do well with the process of dictating a book, but it taught me to just sit down and get it done by doing it. In the process of writing it, I learned better how to express myself–to take it out of my head and on to paper.

I also learned that overcoming my own resistance was the real issue. But, as I was willing to get started–even with the dictation theory, then the real deal, the resistance went away on its own. Resisting resistance is a zero-sum game.

Ever taken the long way by accident on a journey? It didn’t change the fact of the arrival but look at all the interesting scenery found on that other path.

It’s Interesting How Many Times I’m Reminded That The Journey Is More Valuable Than The Destination, And, There Are Many Routes To The Same Place.

Spread Some Joy Today–by spreading joy. Hmmmm. That was easy!