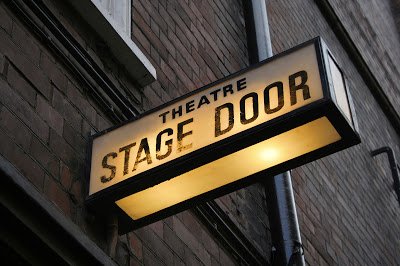 The paragraph before that explains the idea more fully: “Therefore, when you seek to create changes in your own primary belief system focus, often you will only continuously weigh that primary focus or change against a background that you will not allow yourselves to see has changed. But if you are willing to recognize that everything changes when you change anything, then you will not still see the primary background in the same light. You will begin to realize that something is different–somewhere, somehow.”

I was thinking of the primary focus as being the stage of our lives, and that we will only allow ourselves to believe that which is most true about ourselves and our surroundings, or the stage that we stand upon.

But, I forget to change the scene. I’m playing the new part against the old stage set. I’m playing Superman in front of the stage set for Gone With the Wind. Then I wonder why I’m not manifesting what I want. But, once I change the primary belief, or the part I have decided to play, the audience which is only my feedback mechanism is telling me that their laughter at what is being displayed is somehow messed up.

Then I realize what went wrong. I must allow my primary belief, my new choice to give instruction to the stage crew so that the background and the foreground match. Then, as I am acting the part in my own play, the audience will see the brilliance of my acting skill and believe it to be true. And with that feedback, I believe it to be true.

Don’t Forget To Set The Stage.

Spread Some Joy Today–by allowing yourself to believe what is most true for you. Feel the joy that is your audience.