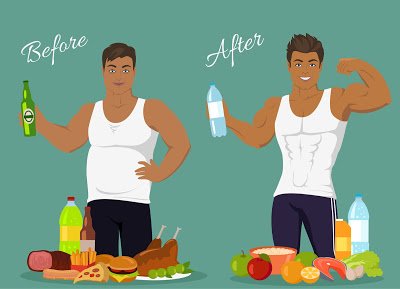 A friend asked me to join her in a quest to lose some weight. I could have said, “what do your mean? Do you think I need to lose weight?” Instead, I eagerly accepted the challenge to lose 20 lbs. in 6-weeks. Though I could certainly benefit from a much larger weight of vacated flab, I thought it would be a piece of cake–or rather, less pieces of cake.

The first week, I dropped (I call it releasing mostly because I don’t want to find any of the weight I might lose) 7 lbs. Wa-hoo! I drank so much water that I was in the bathroom every 45 minutes all day long one day. But, my zeal for the challenge, began to wane. The motivation seminar was over, and I was left with my own brain and ego again. The next week, I gained it all back, plus one.

The next four weeks, I did a lot of thinking–mostly while enjoying my favorite foods and drink. I re-watched Fat, Sick, and Nearly Dead to renew my familiarity with juicing. I bought more vegetables and then threw them away after they went bad being ignored in the refrigerator. I know the benefits of success are worthy, but I was imagining missing those favorite things to never be enjoyed again. I was reminded how we beat ourselves up and encourage our own failures.

Then with the 6-week meeting on the horizon, I began again in earnest. I stopped drinking my favorite drink and ate smaller portions, and often less caloric meals. I didn’t give up all my favorites, but I let go of many.

I ended the 6-week plan down 14 lbs. Not bad for one week, but to me it was sort of pathetic overall. Now the pact being renewed, the motivational meeting over again, I’m left to my own devices. Will I change my thinking?

What did I learn in the last 6 weeks? I learned that no matter what we want to change, and even if we want it changed badly, nothing will change until we change. I had to change me. Not the circumstances. Not the food. Not anything external to myself. I had to change my thinking. In one week I released 14 lbs., so I know what can be done. I want to do it. I want to feel better, sleep better, and look better. I want to wear that closet full of clothes that I haven’t been able to wear for over three years (maybe four or five).

It’s up to me. It’s always up to me. If anything is to change, I must change. I need to picture what I want as an end result to remind myself what it is that I want. If I can focus on what I want, I can get there. Along the way, there are plenty of things I do not want that will taunt me, but I have learned that the only way it will change is if I will change. I am changing. This next 6-week period results will be more indicative of that change.

That is the sacrifice. In James Allen’s quote above, he talks about sacrifice. Doing little requires little sacrifice, and to accomplish much will require much sacrifice, while doing greatly requires so much more. We often think of sacrifice as losing something that we want in order to have something that we think we need or think is better. In this case though, sacrifice is not losing anything except thought. We must sacrifice our habitual thought for a thought that feels better and causes us to change for the better.

That sacrifice, though weightless in reality, can often feel heavy because we are so attached to it from the past. Yet, as we focus on what we want, and feel the good feelings of that, the sacrifice will feel more like an investment.

Here’s To Your Own Successful Challenges!

Spread Some Joy Today–by allowing yourself to learn from your own experiences, and those of others (just to save time and energy, of course).