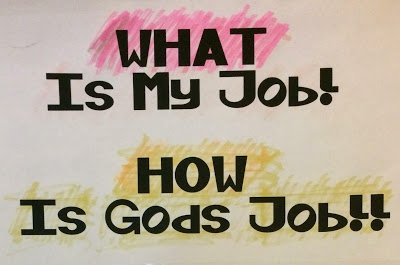 In the Bible, in Matthew 7 and 8, and again, in Luke 9 and 10, there are two of the most well-known sentences: “Ask and it will be given to you; seek and you will find; knock and the door will be opened to you. For everyone who asks receives; he who seeks finds; and to him who knocks, the door will be opened.”

I really wasn’t a church-goer until I was 45, and then for only about 10 years, yet how can one live and not have heard these sentences? But, hearing them or reading them is insignificant to learning to trust them as real; as truth.

Today, April 30th, 2017 is the 30th anniversary of my realization of what happens when I trusted in those words. It is the 30th anniversary of my meeting my late wife, Nancy, in Hawaii for the first time. She was an answer to my prayer; to my asking with trust and abandon in the power of prayer, and in God. I like to use the word phrase, All-That-Is or The Universe because the word God has such baggage.

I had been separated since mid-1984, and then finally divorced in 1986 from a 16-year marriage. That was a time of change, and all of that was perfect in so many ways. I was doing the dating thing and it was not what I wanted. I wanted more. So finally in 1986, I got on my knees at the foot of my bed and prayed this prayer: “Lord, I know that you know everyone on this planet, and I am asking that when you feel the time is right, that you will put the right person for me in my path, and please make sure I am awake to recognize it.”

I did that for 6-months. Seriously. I didn’t know that I only needed to ask once, and even that is optional since, after all, All-That-Is knows All-That-Is. I won a Chevrolet sponsored trip to Hawaii from the dealership I worked at to Turtle Bay on Oahu, Hawaii. Nancy won the same trip from the dealership she worked at 500 miles away from mine. We met at the first event on the first night on April 30th, 1987. My friend Dallan was along with me to make sure I was awake. Everything happens for a reason. A funny aside is that Dallan now lives on that island and has for many years. Go figure.

Well, we became an item immediately and fell in love magically just like in the movies, and a month and a half later, we were together in Fairfield CA and for 26 years until her passing in 2013. I might say that I’ve never loved anyone as unconditionally as she, and though that may be true to an extent, what is more important is that she taught me to love more fully all people without any conditions. 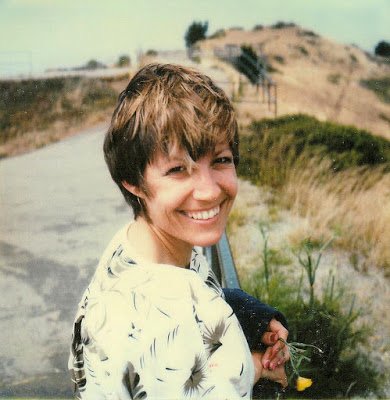 It is amazing when you ask, trusting that it will be given. The tendency we often have is to be impatient. Are we there yet? Hey, it’s not happening yet! I like this shared thought by Sharon Salzberg: “Patience doesn’t mean making a pact with the devil of denial, ignoring our emotions and aspirations. It means being wholeheartedly engaged in the process that’s unfolding, rather than ripping open a budding flower or demanding a caterpillar hurry up and get that chrysalis stage over with.”

I have a wonderful guided meditation that I listen to quite often that is a free download from Mira Kelley on her website. It’s called Trust. It is so powerful. With all that goes on around us, it is harder sometimes to trust in that which we cannot see with our earthly eyes, and to let go and surrender to that unseen power, and yet it is there. I have been convinced enough times beginning with this story to know for sure. This meditation reminds me to trust and to surrender to that power with every listen.

One last thing I want to leave you with if you’ve come this far, and that is that you don’t need to know exactly what you want. The Universe knows. Allow yourself the flexibility to be surprised and amazed and delighted. Trust that what you need and what you don’t even know fully that you want will come to pass in synchronicity that will astound you. Just like the story I just told.

It would have been impossible for me to plan what happened. I simply had to trust and surrender that God was in control and that what I was asking was given. It was given at the moment of my asking, and my surrender was the patience to watch it unfold before my awe-struck eyes.

Spread Some Joy Today–by injoying all that life has brought to you so far and with a renewed anticipation of the power of more unfolding in your trust that you get what you ask for.