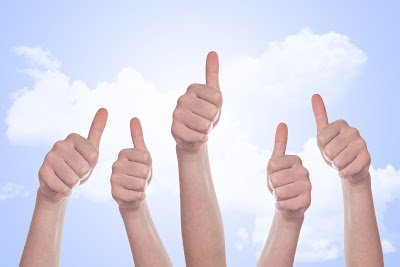 It is said that if one is willing to work hard, one can have pretty much anything they want. If there is anything such as work to it, the work is believing in the desired outcome regardless of the current status.

I’m finishing up the last couple of chapters of Joel Osteen’s wonderful audiobook, The Power of I Am, and another bit demanded my attention. It was this: He said, “You have to give God the permission to prosper you.” I thought, Wow! Isn’t that an interesting way to put it. And, as I considered this new attitude in words, I felt total agreement.

He continued, “You can’t go around with a lack mentality, thinking, I’ll just take the leftovers to show everyone how humble I am. After all, God wouldn’t want me to have too much. That would be greedy. That would be selfish.” He ends with, “that’s going to keep you from an abundant life.”

Sometimes people think that so-called New Age writings, and The Bible are at odds, but this is often a fantasy, or adhering to only speaking in religious tones and phrases. Two days ago, my post contained quotes from Abraham, Esther Hicks and Joel Osteen–even adding Merlin Carothers. That’s quite a party, and yet they were in agreement. So, here again is a prosperous bit from Abraham, Esther Hicks speaking of the same thing in slightly different words:

“Let’s say you are $100,000 in debt and you want to have $100,000 in savings, instead. So there’s a $200,000 gap between where you actually are and where you would like to be. It is not likely that that $200,000 is going to manifest in the form of dollars in your bank account today. But you could close the gap between the feeling of debt (fear, worry, anxiety) and the feeling of abundance (ease, freedom, happiness) today. You could accomplish that in five minutes. It is only vibrational gap that you have to close. And then those dollars must manifest. It is law!”

Joel says, “You have to give God permission to prosper you.” If you don’t believe it can happen, that God has the power–even that you have the power–your desire for prosperity is only a fleeting wish, powerlessly floating in the air. Belief in being prosperous is giving God permission. It is not hard work. It is not physical, it is of the mind, our thoughts, our feelings–our vibration, our being. We know we have given permission or not by how we feel.

Abraham, Esther Hicks says the same thing. It is the vibration, being in alignment, matching our Inner Being’s desires for us (God within). It is moving our thinking into alignment with our desires, and we know it by how we feel.

With or without any of the religious connotations, all of this is ancient wisdom. It’s just that it is so easy to be distracted with all that goes on around us, leading us away from our desires, pointing us to what many say is reality; albeit, their reality. Our work is giving God permission, aligning with all that God wants for us, what we want for ourselves. Aligning is another word for believing. When we believe, we feel good, and when we doubt, we feel poorly. Want to feel better? Give God permission. Give yourself permission.

You’ll Know It When You Feel It.

Spread Some Joy Today–by believing in the power of your own joy to move mountains.