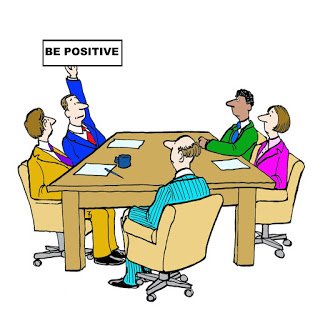 Posted on April 1, 2020May 10, 2020 by Terry Minion
“The only thing that holds you back
from getting what you want
is paying attention
to what you don’t want.”
— Abraham, Esther Hicks

I remember one in particular that I kept somewhat longer than I probably should have. I really wanted him to succeed. He was a cheerful and delightful person. He had a lot of general knowledge and tried really hard. I might be close by so that I could hear if it was the things he would say that would cause the prospect to not buy, but I didn’t find that to be true. In my awareness of life at that time, I would have to chalk it up to being lucky or unlucky. But, I didn’t really believe that it was just that I couldn’t explain it then. I know it now.

Have you ever seen anyone who seemed to be joyous but inside they were a complete wreck? It’s probably pretty rare, but this guy was that I think. The Law of Attraction brings to us that which we are in alignment with–that which is like unto itself is drawn. So you would think he would have drawn happy, easy-going, easy to sell prospects, but that wasn’t the case. I know now that he was drawing toward himself those that matched how he was inside not how he was on the outside. A better way to say that is that it isn’t our actions, but our thought, and even more accurate is that it is the way we feel from what we are thinking.

I remember hiring a salesman who had a good deal of experience, had a confidence about him, and had an enjoyable personality. He was a massive success from day one. He was at or near the top of the board every month. Yet, he seemed to not try. He just seemed to be very lucky. His closing ratio was the highest I had seen in my entire career. I wanted him to stay forever, but he was not with us for long. Soon he was off to become the General Sales Manager, then the General Manager, then part-owner of a dealership. You just knew he was going places, and he was one of the nicest people you’d ever want to meet.

He was skilled, but it wasn’t his skill that caused him to succeed. He was knowledgeable, but that wasn’t it either, and he had talent, but it wasn’t that. He was in alignment with his desires, lined up with his objective, lined up with his inner being and as a result of that, he couldn’t help but succeed. They call people like that naturals, and the reason they say that is because it just seems natural to them. They are comfortable in what they do, where they are going, who they are. They are in alignment with themselves.

In my long career, I saw a lot of salespeople, successful and no so successful. It’s an emotional journey that sets them apart. It’s something that is so powerful that you can actually feel it coming from them. It’s a resonance within. Whether they are visually focused, or whether they are so-called naturals, they are in tune with what they want and so they attract that. They attract the buyers instead of the lookers. They attract those that cause larger commissions than minimum commissions. They may not always be on the top of the board, but they are always in that vicinity and they also enjoy what they do. In fact, they love what they do. They can’t help it.

One last thing. This is true in every aspect of our lives, whether it is being a great parent, or a lousy one, a generous person or a stingy one, a truly joyful person or one who tries to make people think they are. It is the emotional journey within that creates the life without. When we line up our thoughts and our consequential emotions with our desires, or what we want, we will feel good. That is how we know that this is happening. When we are not feeling good, that is how we know that it is not working and it might be time to make a change.

Focus On What Is Desired. Line Up With That. That IS Success In A Nutshell.

Spread Some Joy Today–real joy. That real joy that wells up within you and begs to spill out. You know it from the way you feel. Let your heart lead the way.