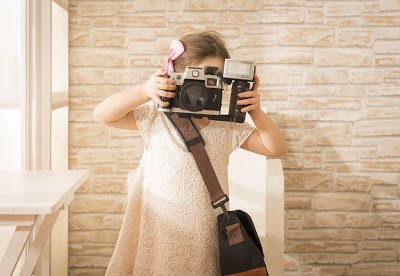 As soon as we do this
we find one of the great secrets.
When you are behaving
as if you loved someone
you will presently come to love him.”
— C. S. Lewis

It’s interesting how this quote correlates with the past week posting on the subject of enthusiasm. Particularly on Frank Bettger’s famous lesson that he learned from his failure as a baseball player. He was fired because he lacked energy and enthusiasm, so when he went to another team, he vowed to be the most energetic and enthusiastic player that ever played the game. It changed his life. By acting as if he was full of energy and full of enthusiasm, he became those things in reality.

It’s quite wonderful to see the same idea being applied to love, and we can extend that idea to anything that we think we should do that we don’t feel like doing, or following our heart instead of our childhood and/or peer training. We simply decide to pretend that we are what we want to be or to become, and in the process, our life is changed in such a way as to become that.

It reminds me of getting out of the Air Force in the summer of 1972 and taking a chance at applying for a job at the old S&K Chevrolet as a salesman. I had never done anything like that. I was scared, but I thought I could learn it and do well at it. So, I acted the part of how I wanted it to be. I had to ignore the advice from my peers and forge ahead in my own mind because they were filling my head with all manner of baloney. I succeeded, won a few contests, and more.

Then, my real desire came to me early in my sales efforts. I wanted to be the sales manager because I saw that as like being a teacher, which was something I always admired–at least the ones who were good at it and loved teaching. I made that position having just turned 25 and I was scared and thrilled again. The youngest person on the staff was 36. I not only succeeded but excelled at being a sales manager which I did for over 25 years.

So many times in my own life, and even in my own business today, I acted as if to make it happen. I think especially this business I started, Upward Trend Management Services, LLC, and Commercial Truck Success is the most perfect example of not knowing hardly anything about what I was going to do, but acted as if, studied, and it became me. And, I’m still learning every day and I still know very little in comparison with what there is I could know.

We don’t need all the answers. What we need is a decision, and then to act as if until we figure it out. Then maybe after we figure something out, we see a new squirrel and we’re chasing that one.

It is he or she that waits to know that never gets going I think. The most powerful force in the world beyond desire is decision. We can do pretty much anything that we can imagine if we desire enough to want to make a decision.

Spread Some Joy Today–by acting as if you had so much joy that you needed a wheelbarrow to move it around. Now go spread it to everyone you meet today.