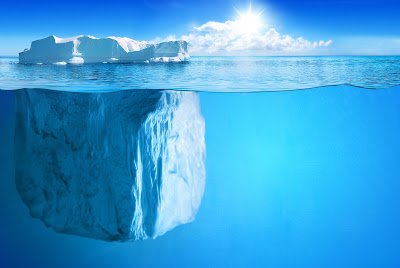 I rarely write or talk about politics. No matter what, it can be a touchy subject with many. People carry a lot of emotional beliefs about politics and it matters not whether they are speaking the truth or even as people believe right is right and wrong is wrong, in truth–and I mean eternal truth–there is no such thing as right and wrong. There only is what is at the moment and my perspective of myself and others in those moments.

I’ve been alive through 12 Presidents of the United States, beginning with Harry Truman, through to Donald Trump. And, I have found a love of history (when well presented) throughout my life, and it seems to be unceasing. In that love, and focusing on United States History, I have studied many presidents at length. This has been quite enlightening to me, and especially when it is expanded in the study of many others who were not presidents.

I am registered as a Republican. I did that because I admired with the greatest esteem, Abraham Lincoln. However, I have rarely voted Republican, nor do I even like the idea of having to choose sides in that way. Originally, I only wanted to vote in the primaries.

In addition, as I was eligible to vote beginning in the 1972 election, missing the 1968 election by a few days of age, and in all the presidential elections, I have voted many times for the one who lost the election. However, I have never let that stop me from supporting the one who did win. The country coming together behind whoever won can be a good thing.

All of these presidents and all of their “men” who all intended to put the country back together again had their own unique ego and disposition. If I were to focus on that aspect of them, I would not be able to see their contributions, which in each and every case was very many. And, many of them were grand, providing much value far into the future long after they have gone.

Of all the presidents in my lifetime to date, the only one I used to have problems with was Nixon, and over time allowing myself to see beyond the ego, I have been able to respect his many contributions as well. Even every president from this century and the last two, of those I have studied, I see the contributions through the facade of the ego and the storms that many were surrounded by.

All of this has taught me the most valuable lesson. That lesson is to look beyond that which I see, hear, read, and to contemplate that there is more below that noise. And, there is a lot of noise that surrounds those in the focus of the public eye.

Consider this quote by Dr. Albert Schweitzer: “If there is anything I have learned about men and women, it is that there is a deeper spirit of altruism than is ever evident. Just as the rivers we see are minor compared to the underground streams, so, too, the idealism that is visible is minor compared to that people carry in their hearts unreleased or scarcely released.”

Sometimes we might have to put on noise-cancelling headphones, close our eyes and ears because of the volume of noise and sporadic activity. But, in so doing, we open ourselves to the wonder of that which we can recognize as ourselves, seeing the more that is in the other person and recognize, the more that is within us, realizing that we are all the same in spite of our many differences.

There Is So Much More To See In Each Other AND Ourselves!

Spread Some Joy Today–by loving yourself and those that are in this world with you. We are all on a journey to joy in recognizing that we are in essence all created in and by Love.