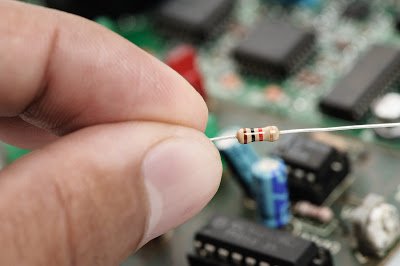 Last weekend, I did a guided meditation with Davidji that he called, Release All That Weighs You Down Weekend Meditation. During that meditation, I was overcome emotionally by feeling some blockages I have within, which is internal resistance.

Then this morning, I read a bit from Abraham, Esther Hicks that intrigued me:

“Your role is to utilize Energy. That is why you exist. You are an Energy-flowing Being–a focuser, a perceiver. You are a creator, and there is nothing worse in all of the Universe than to come forth into the environment of great contrast, where desire is easily born, and not allow Energy to flow to your desire–that is a true squandering of life.”

Then, I read this one next:

“There is a current that runs through everything. It exists throughout the Universe, and it exists throughout All-That-Is. It is the basis of the Universe, and as you begin to understand this basis of your world and begin to feel for your awareness of this Source Energy that is the basis of all things, you will then more clearly understand everything about your own experience and the experiences of those around you.”

This caused me to think about resistors that are used in electronics. I found a webpage, explainthatstuff.com and a page on their site about resistors. Here’s a bit that I pulled from that source:

“Electricity flows through a material carried by electrons, tiny charged particles inside atoms. Broadly speaking, materials that conduct electricity well are ones that allow electrons to flow freely through them. . . If a material has a high resistance, it means electricity will struggle to get through it. The more the electricity has to struggle, the more energy is wasted.”

When we have a high resistance–in fact, any resistance inside, the energy cannot fully flow. The force of it is diminished to one degree or another. If the resistance is small, it is minimally diminished, and if the resistance is large, the flow is cut dramatically. So if I think about this as Life Energy, and the resistance I have accumulated over many years of stuffing things, I can see how illnesses, even major illnesses, along with all manner of malformed manifestations can come about. You could think of it as plaque in a blood vessel to the heart building up blocking the flow of life giving blood.

I knew there was resistance within me, but I didn’t realize how big it was until the meditation allowed me to feel it.

Seeking to know more about the resistance within me, I sat down and wrote out some questions. I wasn’t thinking only of me, but of anyone who might have resistance they may not be aware of. One of my favorite chapters in Tony Robbin’s great book, Awaken the Giant Within, is Questions Are the Answer.

The first question I wrote on the page was this: What is causing tension, stress, resistance in your (my) life? What are you (am I) holding on to? I added a directional message after that question by saying, you’ll know what those are when you close your eyes, sit quietly, and think about them one at a time. Feel your stomach and the muscles in your body, your jaw, your breathing. You can feel the tension in the tightening of your muscles. Then imagine letting go of the ‘problem.’ Relax your muscles on purpose. Feel the relief. Take note, and move on to the next one.

Question two:
What are you willing to let go of that you’ve been holding on to?

Question three:
Why are you holding on to this?

Question four:
Is this ‘thing’ attached to other things that you’re holding on to?

Question five:
What do you imagine would happen if you just let go of it?

Question six:
What’s the worst thing that could happen? Is it that bad?

Question seven:
What’s the best thing that could happen? What is good about that?

Much of the time, we are all letting information stick inside of us. Rather than it coming and going as a flow, we begin to associate with the information, to play around with it, take it to heart (literally), and hold it inside. Over time, and with similar repetitive actions, layer upon layer of resistance build. It’s imperceivable that this is happening in the beginning, and then after so much build up, it has a way of interrupting us. Call it a wake-up call, and some calls cannot be ignored any longer.

This subject could easily become several books, and you might be asking, what’s inspirational about this? To me it is inspirational because I become more and more clear about how I get in my own way. I am not intending on blocking myself, but layer by layer, it is building into a blockage. There are ways to unblock it, and that is inspiring. One can be as simple as asking questions about what I am holding on to, and holding on is resistance. I’ve got that rope in my hands and I’m holding on, pulling against the opponent, which is also me.

Understanding how resistance works by relating it to how resistance works in other ways, such as electronics, helps me to understand how it works inside my mind and my body. I have become so aware of how my body feels when I think about things now. Just a moment ago as I was thinking of the word resistance, I could feel my legs become tense. As well, the value of awareness that there is something going on and then asking questions of myself to help clarify what it might be that I am holding on to will lead me out of this and allow me to renew the inflow and outflow of Energy more fully through me.

Becoming Unstuck By Wanting To Flow.

Spread Some Joy Today–by letting go of some of that resistance to your joy. Everyone has some, and periodic release is in order.