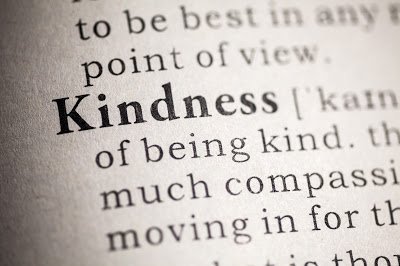 Posted on February 13, 2017May 10, 2020 by Terry Minion
“This is my simple religion.
No need for temples.
No need for complicated philosophy.
Your own mind, your own heart is the temple.
Your philosophy is simple kindness.”

Here’s a great question: In what ways can we justify our kindness to another? Here’s a better one: Does kindness ever really need justification?

Free speech is a wonderful thing, but just because it’s said to be free it doesn’t mean that it doesn’t have a cost.

I spent several hours yesterday desiring to release any resistance I might be carrying by watching some stand-up comedy on Netflix. I was gettting a head cold and I haven’t been sick in almost ten years, so I knew there must be a bunch of resistance going on.

Two of them were absolutely hilarious, and another was funny enough but had some digs that simply seemed mean-spirited and inappropriate. Another had some similar rants and they get old quickly.

Then, this morning, I was looking on a Sacramento TV station’s website for some video of the situation at the Orville Dam because the front page of my newspaper said that evacuations for 130,000 were ordered. I thought, “wow. That’s a big deal. Not the kind of news you see everyday.” So, I saw what I wanted and then some other news video bleeps enticed me to open them. One was about some Saturday Night Live parodies of key people in the White House and others. I watched some and it was way over the edge of good taste. I didn’t find any of it funny.

Right now, there are a lot of people pushing against the President and his administration and it hasn’t even been 30 days. Much of that pushing against is distasteful at best and I liken it to bullying. Of course, it can be said that much of this reaction is encouraged by the President’s words and actions, many of which are unique to this particular President, but let’s go back to the first question. In what ways can we justify our kindness to another? Or, more appropriately stated, in what ways do we justify our lack of kindness? Is it because they are doing something we don’t like?

Pushing against anything is counterproductive. All it does is create more of the same. Pushing against, fighting anything is just ineffective. It is because we get more of what we focus on. As we focus on what is not to our liking, we get more that we do not like. Einstein said that we cannot use the same thinking that created the problem to solve the problem. The solution is not where the problem is. This, of course, is assuming that we want the problem solved. Sometimes people just like being fired up and upset because it gives them something to do.

As we read the news from any quarter, it is easy to see that free speech indeed has a cost, and it is a high cost when we are fighting that righteous cause because we are right and they are wrong. It’s not even about right and wrong. Besides, even if we saw it as wrong and we are fighting against it, lashing out with hateful words and acts, we are adding fuel to the fire. Two wrongs don’t work out to a right.

It’s okay to disagree. There is much I disagree with, but in my expressing that disagreement, I am attracting more to be disagreeable about. I only need to recognize that I disagree, and I can feel the negative emotional signal guiding me to turn my focus on the solution, or what I want. Now I can attract more that causes me to feel good, to feel good about.

I do this very easily by finding things to appreciate, whether it is the color of the sky or the fact that President Trump was voted into office. It will be interesting to see how that plays out, and I’m sure there will be some fascinating things done and said, but I look at a much, much, much higher power than the President of the United States that is guiding all of life. Worrying won’t help at all, but finding joyful things to focus on certainly will.

Let us brush off our dusty kindness and bring the value of sharing that universally to bear on each other, including our world leaders. Kahlil Gibran said, “Tenderness and kindness are not signs of weakness and despair, but manifestations of strength and resolution.”

“The Smallest Act Of Kindness Is Worth More Than The Greatest Intention.” — Kahlil Gibran

Spread Some Joy Today–by turning toward it and away from blame.