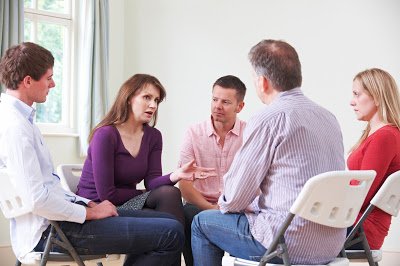 Yesterday afternoon, I witnessed a sad event. There were four young boys playing basketball across the street with one of those portable basketball hoop posts out on the curb. I was relaxing in my carport writing some thoughts. I heard the usual yelling with the game going on, the ball bouncing on the pavement. I couldn’t see them all or the hoop from my angle. Then I hear, “get outta here you stupid faggot! Then one of them threw the basketball at him and hit him in the back. The victim’s hand immediately went to his back as I’m certain it hurt, or at the very least was stinging. The ball bounced off, and it was thrown again hitting him in the butt this time. The kid was the only one I could see from where I was sitting. He picked up his scooter that he was holding on to and began walking home around the corner.

I couldn’t help myself. I got up and walked out to the sidewalk, I wanted to comfort that kid a bit, but he was already down the street. I walked out to the three remaining kids, and I told them, “that was so sad what you did to the other kid. It was just plain sad. There is no need to treat people that way.” They took pause if only for a moment and then went back to what they were doing, but I know they heard me, and I know they knew exactly what I meant. I wasn’t angry. I was saddened by how cruel kids can be to one another, and I could relate because I had things like that happen to me as a kid. I know how it feels, and it feels so crappy, and you just want to cry, but you’re too big to cry now, so you suck it up. But I was crying inside for that kid. I had compassion for him.

This event reminded me of how cruel and harmful we can often be to each other. It could be a boss to and employee, an employee to another employee, an impatient and overloaded mother, a stressed-out father, the bullies at school, or in the neighborhood, the bored and tired cashier at the tax department window that I watched yesterday impatient with a man who was from another country and his English and his responses were a bit slow.

It’s easy to justify our position because the other is being an idiot, brain-dead, irritating, and a hundred more, all from our own perspective, of course. Compassion is out the window, and even the most basic kindness is missing from the attempted composure as a servant. All this because we are only thinking of ourselves and everyone else is a downer because they are not acting as perfectly as we would like them to.

You might be going along seemingly fine and then for some inexplicable reason, they turn on you and attack, like yesterday when they are all together having fun, and then they turn on one of their own. Although I couldn’t see the others when it happened, I’m certain that only one threw the ball, and the other two were either offering mental and verbal support, as a fellow attacker, or attempting to stay in the group out of self-preservation. One of them left shortly after the incident, so I think my little talk hit home with at least one.

So, today is the anniversary of the day that lives in infamy, December 7th. I didn’t plan this tie in, but it does tie in. We attack each other and support each other in the attack, for who knows how many reasons, and all of them good, and some of them perfect, and yet it is still the kids on the street, only with much bigger ammunition.

If those three kids were to put themselves into the shoes of the kid that they attacked, there could be some understanding, but that is not the way the world at large works. We justify whatever we need to carry out whatever we think needs to be done.

Consider the quote above. What would it have been like if the kid that was feeling the need to attack, stopped the game for a few moments, gathered together as a group, and expressed verbally without weapons, how he felt about him at this time and why. It requires courage to set aside the ego, seek a compassionate stance and speak the truth about how we feel and why. This applies to any and all relationships within ourselves and with other people. It requires a willingness to be vulnerable, which is one of the best ways to demonstrate courage.

The older and hopefully wiser I get, the more I see a need for us to have more courage. More courage about ourselves, and more courage about how we can deal with others, get what we want, and have them get what they want too. We think we are so separate from one another, and yet inside, we are all walking wounded in some way. We all want to be treated with dignity and respect. We all want to give and receive love. We just are not very courageous sometimes.

We can’t get this from our government, or from anywhere else outside of ourselves. We can follow the lead of the pack, or we can choose to be courageous instead. This is the meaning of courage for me. It takes no courage to attack. It takes courage to speak our truth to one another in love so that they receive it in the best possible way. We need understanding. We all need respect and dignity. We all need love and care. And, we can all use more courage.

I Wish For You Some Extra Courage Today.

Spread Some Joy Today–by loving yourself enough to love others.