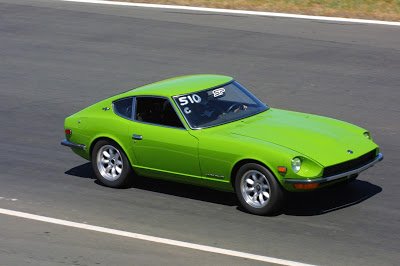 This morning when I was in the kitchen having some coffee and an egg sandwich, my mind went into the archives and brought out a memory that caused me to think the statement above.

The memory was when foreign cars started selling in the United States. My stepdad drove from Sonoma where we lived to Fairfield CA and bought a Datsun pickup at a new dealership there. It was a dinky little thing. I think they called it a compact pickup. At 6′ 3″ I barely fit in the little cab. It was designed to carry weight that would belie its overall size. It had heavy duty truck type tires, and even some mudflaps. It rode like a tank, and even though the metal seemed thinner than U.S. vehicles, doors thinner, and things like that, it was made with quality in mind along with functionality.

Later, he would buy a Datsun 510 wagon, which I crashed one night, and before that, and even after it was fixed, it was a high-quality vehicle.

Later still, after leaving the Air Force as an auto mechanic, I went to work at S&K Chevrolet in Vallejo CA as a salesman, and then two years later became a sales manager. As I worked there selling Chevy’s and teaching others how to do the same, I was often disappointed in the quality of the vehicles coming from the factory to the dealership. I worked there from late 1972 to the end of 1979.

The worst quality vehicle we sold was the Corvette. Paint was terrible, fit and finish bad, but that was overlooked often because it was, after all, THE Corvette, America’s only true production sports car, or so the ads went. It seemed like the factory just didn’t care too much about what they put out. I remember one time when there was a rattle in a car that they couldn’t seem to find. Finally determining exactly where the sound was coming from, they cut open the sail panel and found a soda can inside.

In the meantime, foreign cars, as we called them, kept coming with new makes and constant improvements. They didn’t even have to sell them, they just took numbers. They were mainly from Japan–Datsun (now Nissan), Honda, Toyota, Mazda, and more. Their contrast is what was their big success. Everything fit, higher quality, longer service without the typical and obvious decline in quality of performance. They began awakening the giants of industry in the U.S., and they finally responded; albeit, it took quite some time before they rose to the competition’s quality level.

Complacency is a funny thing. It seems normal after a while. Competition has a way of showing how complacent things have been. But, it is simply, and beautifully contrast in its truest form. Sometimes all you have to say is, “Hey! Look over here! What do you think?” People can see and appreciate the difference.

Of course, this idea applies in a lot things in life, not just our work, or products we manufacture. It applies in relationships too. People leave each other because of the contrast. People become complacent with each other, and then some contrast passes by. Well, hello contrast! It happens in our routines. After a while, complacency can be the norm and all the rewards that go along with that. Rewards? Of course! And then, some contrast sparks our interest. I really want to look that good, he or she says. I’m tired of this place. I want someplace new.

It’s all contrast. Calling it competition is a misnomer. It is just contrast, and as we realize our complacent ruts and drag on doing the same, now boring things, we yearn for some life-giving contrast.

Without Contrast, There Would Be No Living. There Might Be Life, Just Barely, But Contrast Is The Spice Of Life. It Moves Us.

Spread Some Joy Today–by unwrapping that complacent joy and let it fly!