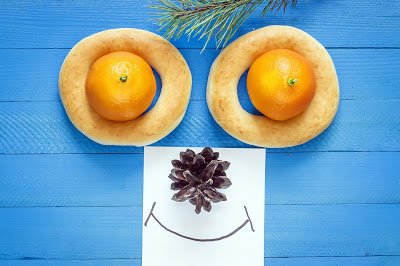 Wow! I was blown away when I picked up the newspaper this morning. My first reaction was total surprise. Well, not total, because yesterday I considered the possibility that Donald Trump could win. It seemed unlikely, but it was possible, and then. . . there it is on the front page: Trump Wins!

The secondary reaction was laughter. Not laughing at Trump, but laughing at how interesting this was. And, after January 20th, just over two months from now, I will be fascinated more at what he will actually do.

It’s quite interesting how many people seem to think the President has so much more power than he or she does. Talk, talk, talk during the campaign, and then when it matters, it is often wrought with problems, road blocks, and a lot of resistance in the game of tug-o-war that is main stream politics.

The newspaper and online sources say things about how the country is divided. When was this ever not true? As a student of U.S. history, I see that it has always been divided, and perhaps even more divided in times gone by. It will always be divided; however, it is never divided equally, and even then it is never simply one side against the other, as there are many facets dividing each of those segments.

Thinking about that reminded me of a paragraph I recently got from Abraham, Esther Hicks:

“Esther said to us, “Abraham, how come you guys (meaning nonphysical entities) can’t get your stories straight? This one says this. That one says that. If we have been talking to God, why doesn’t God say the same thing to everyone? Why isn’t everybody getting the same message?” And we said, “Everybody isn’t asking the same question. Everybody is not at the same point of understanding. Everybody is not even wanting the same thing.” We are all about eternalness which means we are about difference. It is in our difference that desires of all kinds come forth, and as all of these new desires pop up, every one of them, even in their difference, is important.”

As I teach and promote unconditional love, I find that I am loving the people that were involved in this grand process of the 2016 elections. I am happy for the winners, and I am happy for those who did not win. I am also loving the voters who took the time and energy to make their choices known, one at a time.

I don’t have to agree to love them, for to have the need to agree with people to love them is one of the best definitions of conditional love. Instead, I am loving them regardless. We are all asking and wanting different things a good deal of the time, and all of that is worthy of love.

The Older I Get, The More Fascinated I Become, And The More Loving I Am.

Spread Some Joy Today–by finding peace in what is regardless of the noise that might surround you.