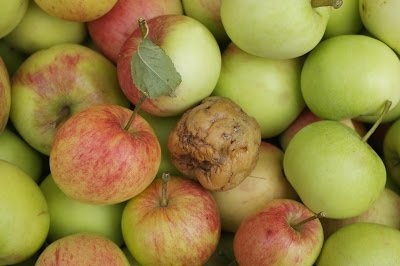 I had breakfast this morning with a dear friend and devoted reader of these Daily Inspirations. He said that I could have no idea how many people have been or will be touched by these messages.

He was talking about how he has shared them with others, but even more than this, it was the positive changes in himself that affected everyone that he came in contact with throughout his day.

Stephen King has it well said in that we never know who or how many we influence, or even when, or why. As well, there are negative influences that are shared with others, so it has less to do with the tone being positive or negative, and more to do with someone being inspired enough to share or to live in a way that reflects that change or sharing.

What I am trying to get to is that we all influence each other, and in turn, those who are influenced become influencers too, and it grows exponentially. The numbers may even look small on the surface, and run deep as it spreads. A really good question might be, what kind of influence am I? As I realize that I influence others, and I pretty much cannot help that, I might want to consider the type of influence I am and see if that is okay with me.

As a Christian or a Muslim, Buddhist, Jew, and many others, we might ask ourselves if we are influencing others in a way that brings respect and dignity or are we saying one thing and doing another? Religions are just different rooms in the same inn, or so it might seem; however, I think it is far more basic than this. Are we loving others or promoting fear instead?

It really does come down to how we influence others and exactly what kind of influence we want to be. And, that is either a conscious or unconscious choice. We are aware and choose on purpose, or a choice is made by default, and in the end is a choice regardless. There have probably been times in my life when I made choices unconsciously, but predominantly, my choice is to be a positive, uplifting influence. To succeed at this is an awesome feeling for me.

Love Is My Greatest Influence. How About You?

Spread Some Joy Today–by opening your heart, and then your eyes.