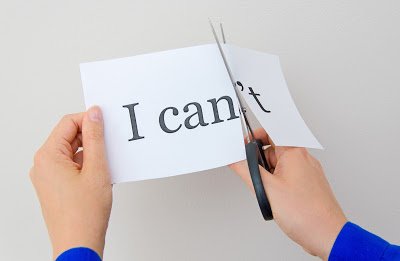 — The Engine That Could

Here’s a telling bit from Abraham, Esther Hicks: “The more you say “I don’t remember,” the more you cannot remember. You cannot find something that’s “lost”. When you’ve decided that it’s lost, when it’s lost to you, it is lost. The Universe could not possibly show it to you.”

Affirmations are often more powerful that we might imagine. To say, “I can’t,” or “it’s too hard,” and such is like building a huge wall in front of us while that thing that we want that is so hard, or that we have so little confidence in attaining, is on the other side. The more we say it, the taller the wall gets.

Here’s an important insight, I think: All of that is resistance. The more we resist, the more resistance is given. Just as in the tug-o-war game, we pull on the rope and the ‘other side’ pulls back and we resist more and so on. The key to getting to where we really do think we can is first and foremost, to lay down the rope, cease resisting, or in a really simple word, relax. Let all that resistance go. Chill. Take a break. Consider instead, all that you can do, have done, and how smart you already are.

There are always new things coming down the pike. Older people seem to resist so much more because they don’t want to change, but no change is no life. Change is life. Life is constantly in motion.

Take technology for example. Fresher humans have been born cable ready so to speak. They came in or are coming into a world that is quite different from when I came in. Television was brand new when I came in, and color TV didn’t come out until I was around 12 years old. A fresh human has cell phones, watch phones, computerized this and that, the Internet, social media, texting, coding, and all manner of technology that didn’t even exist when I was young. So the older ones have way more resistance to these changes. It is a given.

What is not a given, is to say ‘we can’t,’ when we absolutely can. Why? Because all of that power to do and power to resist is in our head. It’s not real, except it might feel real. The resistance begins as resistance to change, becomes an affirmation, and then it becomes an attitude, and in more resistant cases, it can become a life style.

I know this and I often have resistance myself. I try to be aware if I might respond to something by saying, “I don’t remember,” etc. Instead, I rush to say something more powerful and empowering such as, “I know this, and it will come to me.” Or I might say, “I can do this, and though I feel this inner resistance, I will relax in my own true power.” Or, I might say, “I want to do this, and I will learn how.” Or, “I know it is around here somewhere. I probably just put it in a different place than I normally do. I’ll find it very soon.”

It is common to struggle with things, ideas, new gadgets, change. The word struggle is the embodiment of resistance, isn’t it? The solution? Relax. Let the stress walk on by. Let the pressure out. Let go of that rope.

Relax. You Got This.

Spread Some Joy Today–by letting go of the resistance. Joy is on the other side of that wall you’re building. Resistance created the wall, and peace will dissolve it. And there it is: your joy.