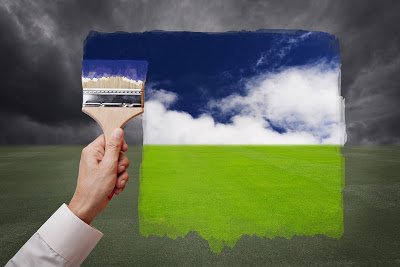 Posted on November 30, 2016May 10, 2020 by Terry Minion
“The essence of optimism
is that it takes no account of the present,
but it is a source of inspiration, of vitality
and hope where others have resigned;
it enables a man to hold his head high,
to claim the future for himself
and not to abandon it to his enemy.”


Note: A friend sent me the original German citation of this quote,
so I thought I would include it:

“Optimism doesn’t wait on facts.
It deals with prospects.
Pessimism is a waste of time.”

No matter how optimistic you think you are, there is probably someone to help you strengthen it. For me, that is my business partner, Ryan Stone.

I’ve always considered myself an optimist, looking toward a brighter future, but a lot of that was smoke and mirrors for a long time. It was a trained response. You see, I got into sales as a career when I was 22 and then at 25 became a sales manager, so I had to learn to be optimistic, to encourage and to be a leader–or try to be a leader. As a newbie in this field, I studied and studied and read books, listened to records and did everything I could to become an optimistic person and lead accordingly.

As a result of the constant study, (which I have yet to stop over 30 years later) I have to say that I think I succeeded for the most part. But, there are days. . . You probably know what I’m talking about–days when you feel pessimistic and doubtful; days when you just didn’t get enough sleep, or feel like you need a vacation from the hustle and bustle of life, you know. . . escape!

I have to admit that I have those days. I am also very pleased that they are few in comparison with my past; however, when they come, sometimes I just need a little help from my friends, you know? Ryan is that. He can turn me back around toot sweet and have me laughing and cashing imaginary checks and what not. I think we do that for each other actually. It seems he gets that way too sometimes, and I help him get back on track.

We all need some friends sometimes. One of the most awesome things we can all do is to surround ourselves with people who, for the most part, are uplifting, optimistic, and encouraging. It can make all the difference, I know it for a fact.

Thanks, Ryan! The best partner I can imagine having. I’m blessed.

Optimism Doesn’t Care Anything At All About Facts.

Spread Some Joy Today–Think about the people you surround yourself with. How do they affect you? They absolutely have an effect, the only question is what? Maybe, some more optimistic people could be a benefit.