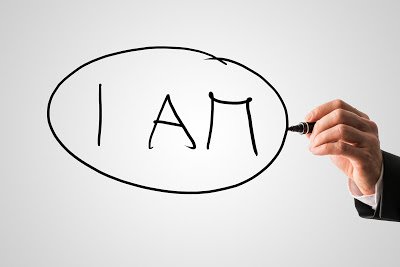 Posted on November 22, 2017May 10, 2020 by Terry Minion
“Nurture your mind with great thoughts,
for you will never go any higher than you think.”

“The only limit to our realization of tomorrow
will be our doubts of today.”

Ever heard this phrase, “who do you think you are?” It is usually a question that is meant to put you back in your place and keep you where others think you should be. How about some of these: “How dare you think you can achieve that? Have you forgotten who you are and where you come from? Get your head out of the clouds and put your feet back on the ground. You can’t do that. You’re not qualified to do that.”

Well, these statements are plentiful by those insecure and unadventurous souls. They don’t want you to grow beyond where they are because it makes them uncomfortable. This could be a parent, a friend or even your boss at work.

It could be YOU.

I truly believe that we as humans can do anything we set our mind to and believe we can do. History has shown amazing changes and what took so long for many was the resistance of others to those ideas. Think about the helicopter. Leonard da Vinci had the concept of the helicopter and made a drawing of the concept in about 1493, it was over 500 years later that one actually was made and flown, in 1906. It was still later in 1942 before they were produced in any quantity. The earliest concepts of the helicopter come from the Chinese circa 400 BC.

In today’s world, we don’t even flinch when an idea goes from idea to product in weeks or months instead of 2,500 years. What an amazing period the 20th century has been when you look at the whole of human history.

Thinking big and highly of yourself as a creator is the way things get from ideas to reality. Don’t let anyone tell you that you can’t do something. Make your own decision. You can do anything you set your mind and determination to do. The only thing stopping you is your own limiting beliefs.

I Am What I Believe About Myself.

Spread Some Joy Today–If you’ve heard those negative questions and comments about what you can and cannot accomplish, it is high time that you bring yourself to the top of your priority list. Step one: Ignore other people whenever they speak limitation to you. Step two: Decide you’re worthy. Step three: Dream boldly. Step four: Act with confidence. Step five: Have a thankful heart.