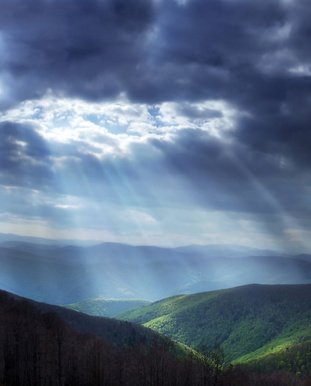 Posted on November 21, 2011May 10, 2020 by Terry Minion
“What was most significant about the lunar voyage
was not that men set foot on the moon,
but that they set eye on the earth.”
— Norman Cousins

I think this quote from Norman Cousins is very powerful and interesting. I look at it in that we sometimes get so focused on an objective and what that objective is going to bring us and all the new information it may contain, and then we may also find that what was even more important was something else entirely, but without the original goal, would not have been found.
There are many products that were found after the goal to do something else was reached, and those products were so different than anyone would have anticipated, such as 3M Post-it Notes. In our Internet company, Upward Trend, we started out to do be a website company and after two years changed to a service company with the Trend Setter Package and it changed everything, but would have never been found without the original goal and moving toward it.
I can just imagine being on the Moon for the first time and looking at Earth and being so amazed that the Moon has lost its original significance.
My wife loves to ride out into the Suisun Marsh. We go to a boat launch area called Belden’s Landing, park facing the dock and inlet and watch the boats come in while we sip a Starbuck’s. We walk the dog and then after about a half an hour, head back home about 5 miles each way. It’s kind of peaceful.
We’ve learned, or at least I have, that it isn’t the goal of parking and watching the boats, but the view getting to and from that really matters. What I love about where I live is that I live in the city, but I can travel 15 minutes in any direction and be in the country. The marsh is wide open spaces only a couple of miles from home.
Yesterday, there was an overcast sky with a mixture of cloud types, gray and teasing rain. On the way back, there was the most spectacular Godlight I’ve ever seen. A Godlight is a name I give light that comes through in rays so that it stands out rather than just lighting up everything. Off in the distance over near San Francisco, there was a Godlight so bright and it was the only real light. It came out of a hole in the clouds and was brighter than I have ever seen before. It was so awesome. I didn’t have my camera or my phone, so it has to be recorded in my memory. Finding this was not what we had in mind, but it made everything else insignificant.
You Never Know What You’ll Find On Your Way To Someplace Else. . .
Spread Some Joy Today–Make a date today to have the time of your life, to enjoy every moment you can today. Act as if . . .