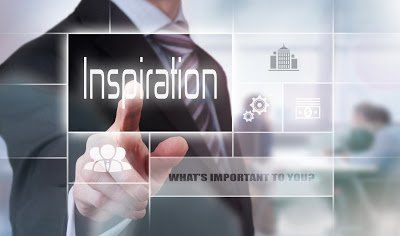 Posted on November 2, 2019May 10, 2020 by Terry Minion
“I talk to myself almost constantly;
however, a good deal of that
isn’t worth listening to.”
— Terry Minion

Although I consider myself a positive person in general, you’d be amazed at some of my internal dialogue. Or, maybe you wouldn’t because you recognize that in yourself. Still, there is progress. What used to be predominantly negative is now far less so. Those things they call mood swings used to be deep moods, now they are much more shallow, and I may more quickly move out of the negative moods and into better feeling places.

Much of my life, particularly in the work and career side, has been a journey from inspiration to activities, through many adjustments, to what I call mastery. In other words, I know it well enough that I could do it in my sleep. Then I get bored and can’t wait for the next inspiration to send me off on a new mission.

I’m there right now. It’s a weird feeling. It’s like being in neutral, on cruise control, not as interested and so on. I’ve experienced many of these throughout my life, and a long time ago, I used to call them plateaus. I would climb and climb and then I would come to this plateau and then there would be a period on the plateau and then on to the new adventure, the new thing, the new inspiration to act, then the tweaking of that, and so on.

I guess that’s why I’ve done so many things in my life. Maybe it’s like that movie, The Seven Year Itch, although the time frames are not as predictable. Maybe it’s obsessive-compulsive. I do have a tendency to dive in, become enthralled by it, and then it ceases to interest me much, or not at all anymore. I could make a list of those jobs or other activities that match this theme. Can you relate to any of this dribble?

So, right now and for the past couple of years or so, I’ve been wanting to know where I want to go from here. I’m sure the inspiration will come soon and then I’ll be fired up and off on the new thing.

This all came to a head for me yesterday when I wrote yesterday’s Daily Inspiration which was inspired by a visit to a client. The change that I saw in him is the kind of change I can totally relate to because he was inspired. You can see it in his demeanor, his voice, his words, his stature, his face, his body language. He exudes that inspiration and his new adventure. So the day before yesterday when I was visiting with him, and he said that I inspired and helped him, little does he realize how he inspired me watching and talking with him!

I hadn’t paid much attention to my state of being until that meeting when I realized what was missing that I so dearly crave: to be inspired. To act on that inspiration and go on a new adventure. And, you know, I’ve found that it is perfectly okay to say to God or the Universe, “I’m ready to be inspired. I crave inspiration. I eagerly await the next inspiration and the resulting adventure. I thank you in advance for this next opportunity!” It’s okay to say, “I want to know what I want!” It’s okay to put it out there and then just let go of it. The rest will come in the perfect time.