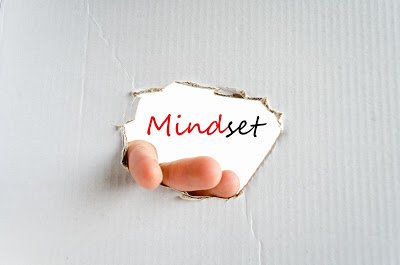 I could spend a lot of time on this subject and it is interesting, so I’ll share a story of a recent conversation that enlightens where I am on this idea that Freud shares.

It would be so easy to talk about religion and how people say one thing or claim to be of a certain faith and how often they may act otherwise indicating their belief is as Freud said, not really believing. But, I want to go somewhere else that relates to things we do all the time throughout our days.

First, it is funny to me, or rather amazing, how when I might be having a few minutes of conversation with someone that I find much to relate to in these Daily Inspirations. In fact, I am often inspired this way.

Several days ago I was talking with a friend who is a very good salesman. In fact, in my mind, I call him a superstar. He is that way because he is doing what he loves to do. And, having been a sales manager in one way or another for over 40 years, I’ve experienced a lot of salespeople and how they succeed or not based on their own practiced belief.

In this case, this man has learned how to sell an after sale product in such a way as to make it seem not only easy but incredibly so. It all comes from practiced belief. This product is something that I believe in and I always buy it when buying a vehicle and he has felt the same way for a long time, yet until he began to practice the belief his results were spotty. It is also something that most salespeople don’t try very hard to sell, if at all. They often leave it to others to deal with it, but this salesperson wanted to have the control of handling it his way.

He knew it was of value to the buyer, but he thought that price was an important roadblock. At first, he had a certain markup and then later tried more and then more and then more and instead of sales going down because the price was higher, he sold more. As he practiced the belief of the value and understood the value to the buyer, he made a practice of selling it where others would not have. The only real difference was a practiced belief in the value and his love for his customers and how beneficial it is to them to the point that he thinks it is a serious mistake to not take advantage of it. All of this practiced belief comes across to the customer in a very powerful way.

He texted me today to tell me he has done 16 in a row. That’s unheard of generally. But he has come to believe so much in the value that he just cannot help himself.

Have you ever talked with a salesperson, contractor, or other vendors who believed so much in what they were doing that it sort of became an act of love to us? There is so much power in this. It often takes many years if ever. This guy has practiced it for a long time, although the massive success with the product I am referring to is newer and has recently skyrocketed.

As we understand more of what we do for a living and find all the nooks and cranny’s of how it is of value, and that we have allowed ourselves to love what we do, excellence is a foregone conclusion. That comes from the initial love of the tasks, learning of the lesser known values that are in the thing, and finally from practicing our initial belief. As we practice that belief, it is magical how we grow in many ways.

Excuse Me, Your Conviction Is Showing. . .

Spread Some Joy Today–by loving what you do whatever it is. That’s where the magic is.